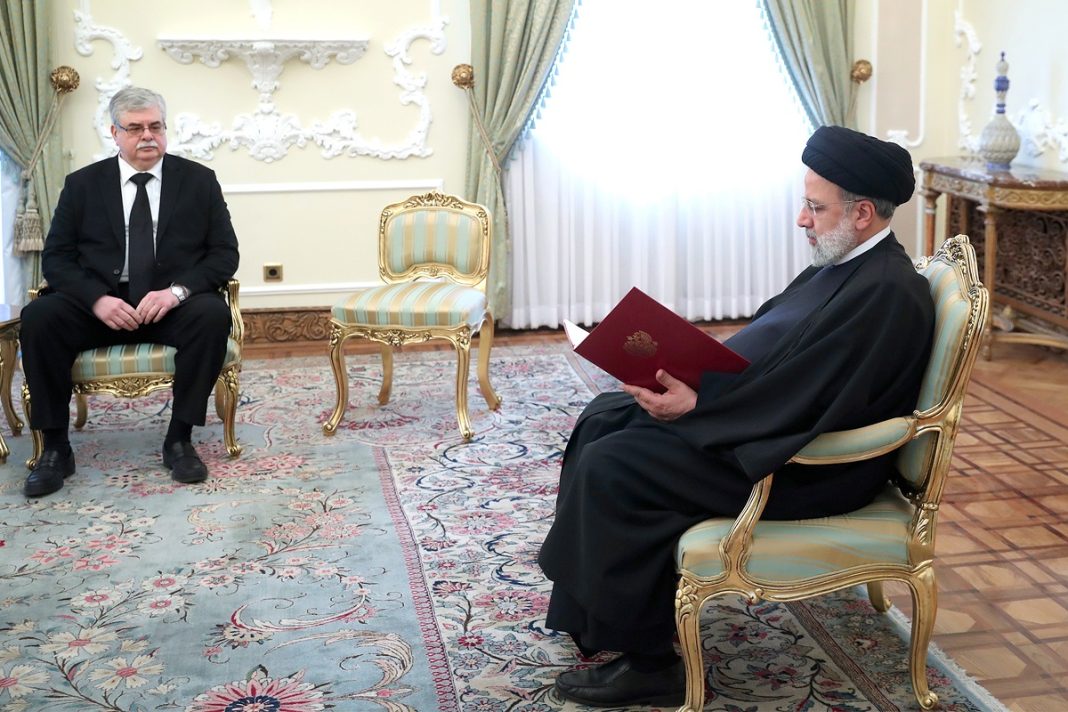 The Iranian president made the remarks in a meeting while receiving the copy of credentials of the new Russian Ambassador to Tehran Alexey Dedov.

Terming Tehran-Moscow relations as strategic, President Raisi stated that Iran and Russia have good grounds for cooperation in the bilateral, regional and international fields.

Referring to the growing diplomatic engagements between the two states, he called for bolstering Iran-Russia strategic cooperation in the economic areas.

The two sides are targeting deepening trade ties, in several fields including satellites, grain, and a joint move away from the dollar. Nearly all joint projects are aimed at nullifying Washington’s sanctions efforts, rendering them fruitless.

Despite the sanctions, trade turnover between the two countries is growing at a record pace.