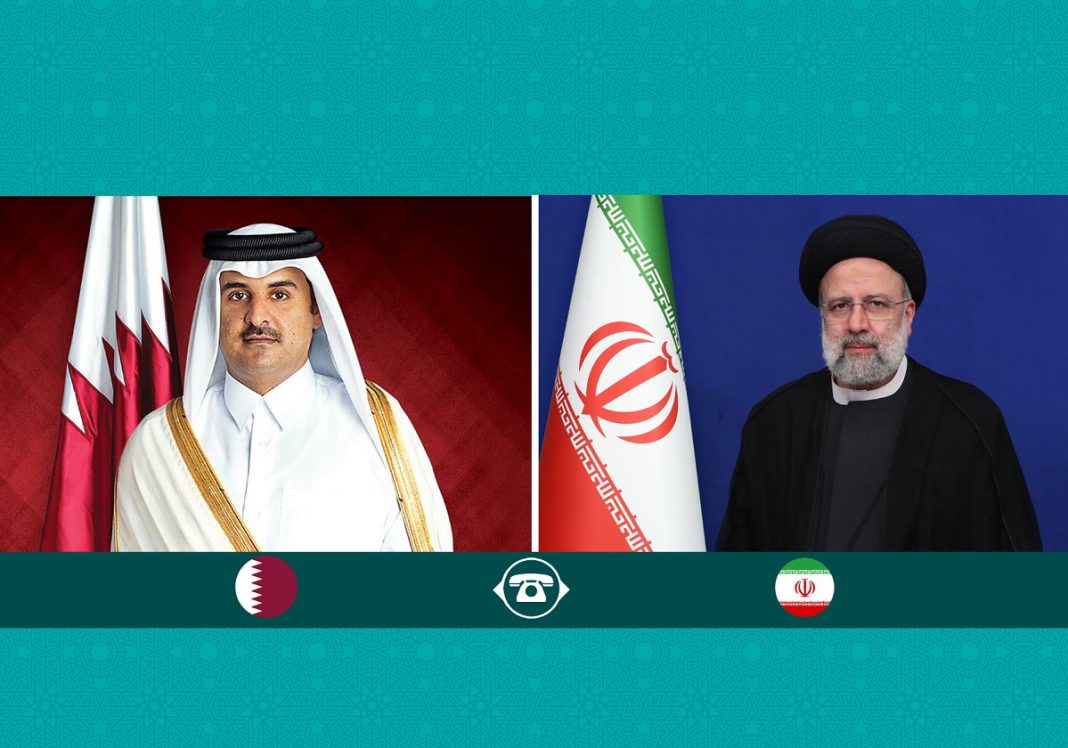 Raisi also congratulated Sheikh Hamad Bin Tamim Al-Thani on the beginning of the holy month of Ramadan and called for closer cooperation.

“Tehran and Doha, tapping into their entire potential for cooperation and creation of close coordination, can take effective steps in line with the national interests of the two nations and establishment of stability and security in the region,” Raisi said.

The president also talked about the visit by the Qatari Emir to Tehran, which is planned for “the near future”.

“During this visit, major decisions in line with further expansion of ties and cooperation between the two countries, in different fields, will be made,” Raisi said.

“Tehran welcomes development of relations with Doha, in different spheres, and considers great strikes to further upgrade bilateral ties between the two countries as helpful for both nations as well as regional nations.”

During the meeting, the Qatari Emir also stressed his country’s commitment to expand ties with Tehran, stressing that Raisi’s visit to Doha plays a key role in “development of brotherly relations and strengthening of bilateral cooperation”.

Sheikh Tamim also touched on the FIFA World Cup games stressing that the Qatari minister of roads will soon hold talks with his Iranian counterpart in the southern Iranian Island of Kish to discuss relevant cooperation.