Raisi: Iran ready for deal in Vienna if sanctions lifted 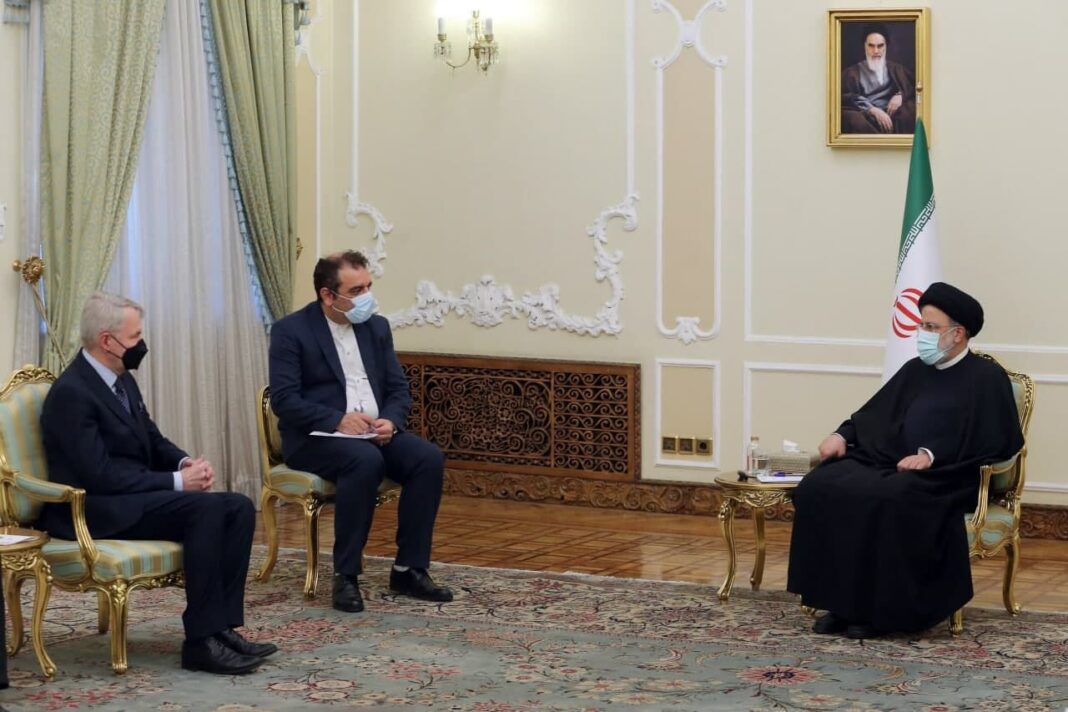 Iranian President Ebrahim Raisi says Tehran is ready for an agreement with the P4+1 group of countries that would revive the 2015 nuclear deal if sanctions against the Islamic Republic are terminated.

Raisi, in a meeting with visiting Finnish Foreign Minister Pekka Haavisto, noted that Iran has proved its compliance with its commitments but it will not keep its economy waiting for the revival of the deal, JCPOA.

Raisi added that the US that violated the JCPOA and the European parties to the deal failed to take action against Washington’s violations while Iran’s peaceful moves have always been verified by the International Atomic Energy Agency, IAEA.

He also referred to the US admission that its so-called maximum pressure against Iran failed in a humiliating way.

Raisi expressed hope that European countries will opt for independence from the US domination as Washington is not trustworthy.

Raisi also noted Iran and Finland can cooperate in the fields of human rights as well as fight against terrorism and organized crime.

He also touched on the situation in Afghanistan. The president said the United States and NATO have been in Afghanistan for more than two decades, but they failed to restore security there and instead caused destruction, war, poverty and misery for the Afghan people.

Raisi also outlined Iran’s efforts to alleviate the ordeal of Afghans such as its hosting of millions of Afghan refugees over the past decades.

The Finnish foreign minister for his part referred to 90 years of diplomatic relations between his country and Iran , saying there is a lot of potential for increasing cooperation between the two countries.

He added that his country is working to promote bilateral interaction and cooperation between the two countries on regional security and world peace.

Haavisto added that Helsinki shares common concerns with Tehran and agrees that an inclusive government should be formed in Afghanistan.

The Finnish foreign minister also expressed displeasure with the US behavior regarding the JCPOA, saying it’s unfortunate that Washington reneged on its obligations under the deal.