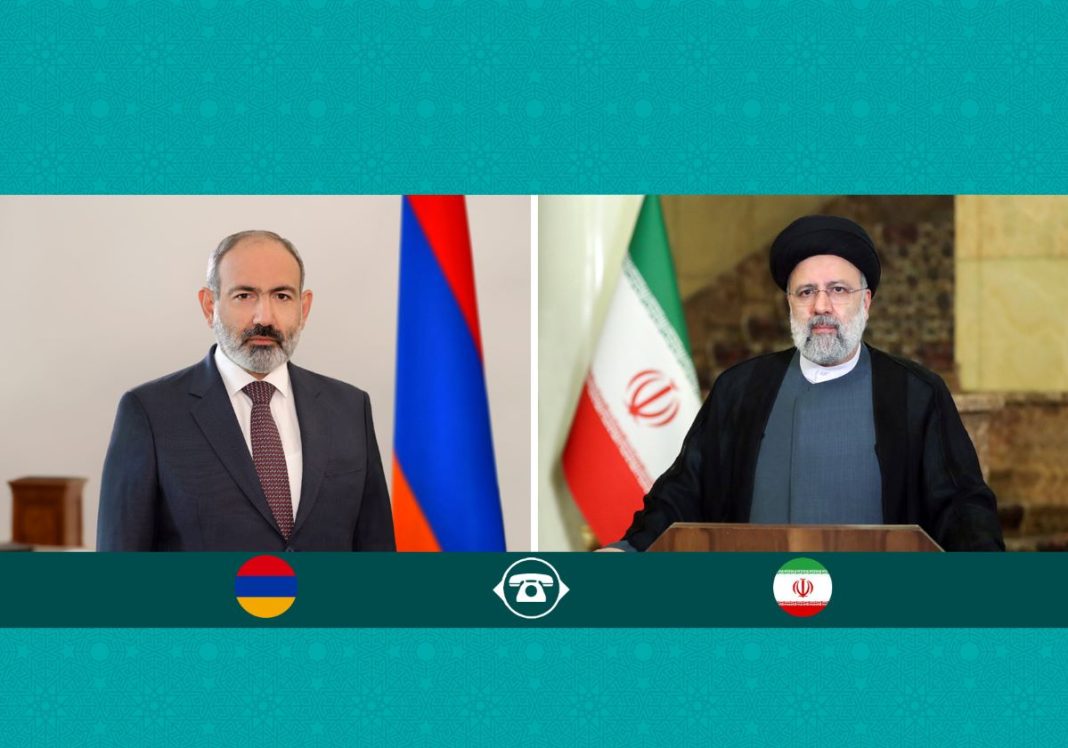 President Ebrahim Raisi says that Iran stands ready to make use of all at its disposal to help establish stability in the Caucasus, and that the Islamic Republic accepts no change to the region’s political geography.

In a phone conversation with his Armenian Prime Minister Nikol Pashinyan on Wednesday, Raisi described ties between the two countries as “deep-rooted” and “historical,” calling for the two sides to make plans toward increasing the level of their lasting economic cooperation.

He also said the best solution to establish peace and security in the Caucasus was commitment to the 2020 Nagorno-Karabakh ceasefire agreement and a resolution of the remaining outstanding issues through diplomacy and dialog.

The ceasefire deal put an end to a war between Azerbaijan Republic and Armenia over Nagorno-Karabak. It was signed by Pashinyan, President of Azerbaijan Ilham Aliyev, and Russian President Vladimir Putin in November 2020.

President Raisi also highlighted remarks by Leader of the Islamic Revolution Ayatollah Seyyed Ali Khamenei about Iran’s sensitivity to its borders in the Caucasus region in his meetings last month with the presidents of Russia and Turkey.

“Iran does not accept any change to the region’s political geography and is prepared to use all of its capacities to help establish peace and stability in the Caucasus and facilitate the region’s growth and development,” he said.
In turn, Pashinyan offered Raisi a detailed report on the recent clashes between Armenia and Azerbaijan.

He also expressed satisfaction with the growing ties between Tehran and Yerevan and said his country was ready to facilitate the transit of goods between the two countries and boost bilateral cooperation in the field of infrastructure, including that of roads and energy.