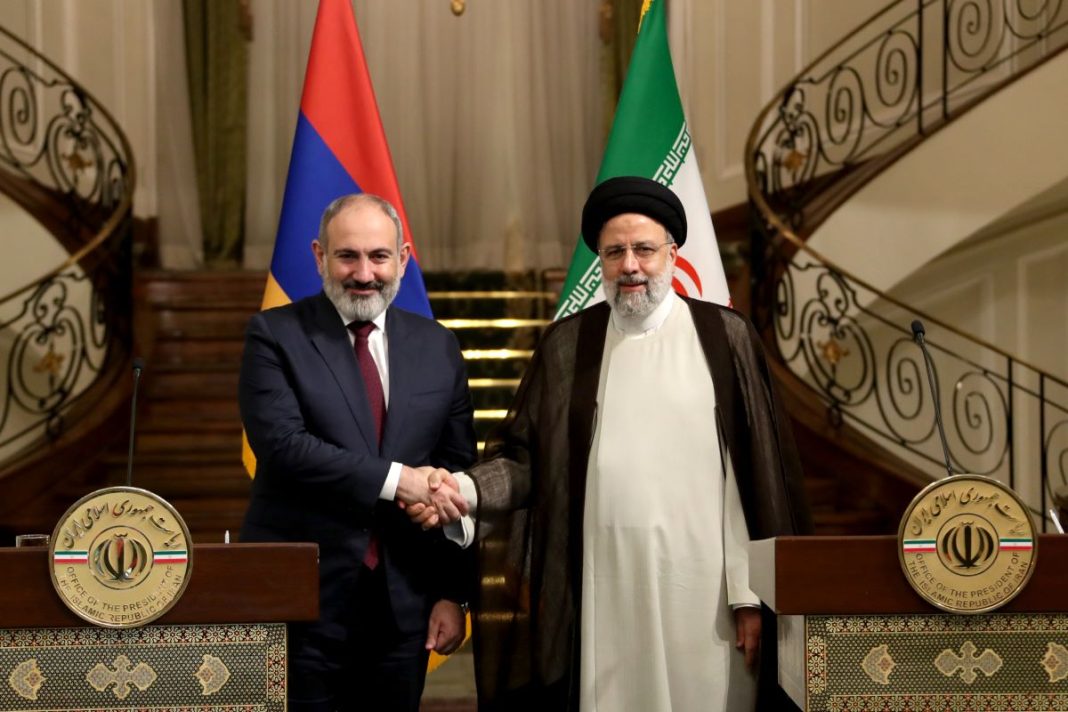 President Ebrahim Raisi says Iran’s economic ties with Armenia have witnessed a 43-percent growth over the past months, and that the two neighbors have set a goal to increase the value of their trade to $3 billion.

At a joint press conference with Armenian Prime minister Nikol Pashinyan in Tehran on Tuesday, Raisi reaffirmed his administration’s policy of developing relations with neighbors, and said he had held several rounds of talks with Armenia’s premier in line with that agenda.

He said the $3-billion goal set during talks between the two sides would be achievable given the strong determination of the two countries to bolster economic cooperation.

Elsewhere, the Iranian president referred to tensions between Armenia and Azerbaijan, saying, “The Caucasus region is part of Iran’s history, civilization and culture, and we are sensitive to the situation in the region; peace and security in the Caucasus region is highly significant to Iran.”

“In talks with Mr. Pashinyan, we both concluded that the region’s issues should be resolved by the authorities of the same region,” said the president, warning that any foreign meddling in regional affairs will only complicate the problems.

In turn, the Armenian prime minister said his talks with Raisi mainly focused on ways to promote economic ties and increase the volume of bilateral trade.

Pashinyan said the two neighbors also explored ways to expand their cooperation in the fields of energy, agriculture, infrastructure, and management of water resources.

He said Tehran and Yerevan agreed earlier in the day to extend their electricity and gas swap agreement, and that officials of the countries signed a relevant memorandum of understanding during their “constructive” negotiations.

The Armenian premier expressed hope that Iran would also open a consulate in the Armenian province of Siyunik soon, weeks after the Islamic Republic inaugurated one in the city of Kapan.

Pashinyan added that he briefed the Iranian president on the Russian-mediated talks on Monday between Armenia and Azerbaijan, during which Russian President Vladimir Putin tried to broker a settlement to the territorial dispute between the two neighbors.

Armenia insists that the Islamic Republic should be informed about all the issues discussed in trilateral talks, he said.