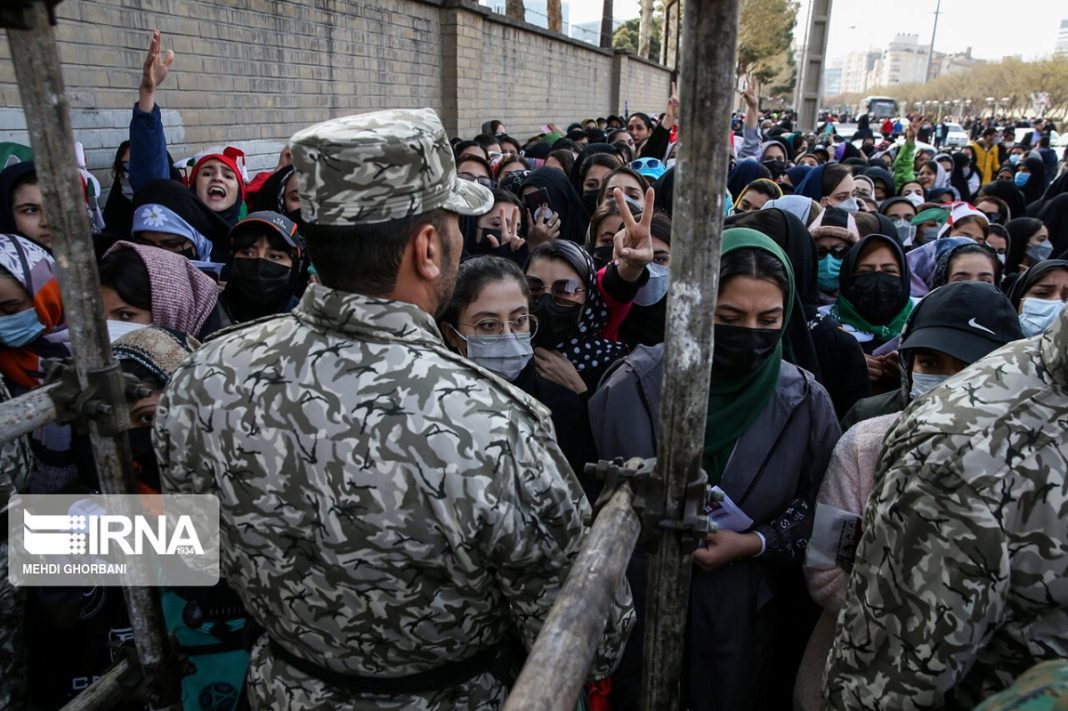 President Raisi ordered Vahidi to take all necessary measures for this purpose.

Vahidi has been tasked to look into whether the rights of people who had bought tickets for the match were violated. The interior minister will then give a report on this to the president.

Vahidi has said those who are to blame for the events in Mashhad will be punished.

Meanwhile, the governor of the Iranian city of Mashhad has apologized over the failure of a large number of football fans to enter Imam Reza Stadium to watch the match between Iran and Lebanon.

Mohsen Davari said 23 thousand people watched the match at the stadium but large numbers of other did not success in doing so because of overcrowding.

Many of the would-be spectators in Mashhad were women who were reportedly not allowed to enter Imam Reza Stadium. And when they tried to force their way into the sports complex, they were met with force from police.

Authorities say many of the people did not have tickets for the match and that’s why they were not let in.