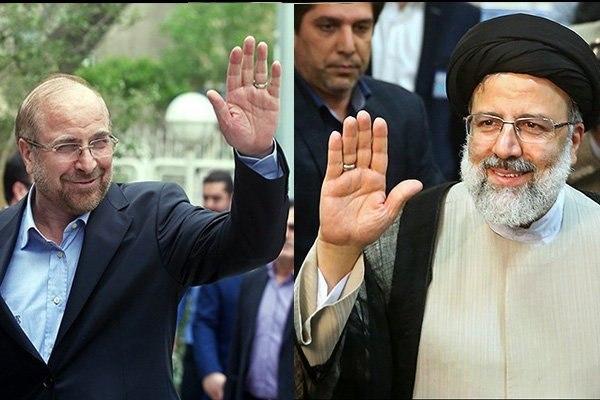 Seyed Ebrahim Raisi, who is running for Iran’s president, expressed his gratitude to Tehran Mayor Mohammad Baqer Qalibaf for ending his race in favor of the cleric on Monday, calling the move “revolutionary”.

“I thank him. His move was revolutionary,” Raisi said, addressing his supporters at a campaign rally in the southern city of Shiraz on Monday.

Qalibaf earlier on Monday said he came to the decision to pull out of the race in favor of Raisi as part of efforts against President Rouhani’s “inefficient and impotent” cabinet.

According to Tasnim dispatches, Qalibaf and Raisi held a meeting on Monday, during which both announced readiness to quit the presidential race in favor of the other.

A senior member of Qalibaf’s team said he practically proved that achieving power per se is not what really matters for a “revolutionary”, but the purpose is supporting the needy and the unemployed frustrated with the administration that has achieved “almost nothing” over the past four years.

From now on, Qalibaf will throw his weight behind Raisi, the senior member added, describing the withdrawal as a “strong coalition” against the incumbent administration.

Attracting attention for his caustic criticism of President Rouhani during live televised debates, Qalibaf was categorised as a principlist figure along with two other candidates, Ebrahim Raisi and Mostafa Aqa-Mirsalim.

The three other candidates known as “reformists” are Rouhani, First Vice-President Eshaq Jahangiri, and Mostafa Hashemitaba.

Qalibaf, 56, had entered the race with the pledge to triple the amount of monthly cash handouts, pay the registered unemployed in his proposed national job center system a basic salary, and create at least 5 million jobs after taking the office.

The presidential election will be held on Friday.

During the previous polls in June 2013, President Rouhani garnered 50.7 percent of a total of over 36 million votes.

The number of eligible voters in the upcoming elections stands at more than 56,400,000. Authorities say Iranian expatriates in 104 countries will have the chance to vote at the same time with the polls at home.