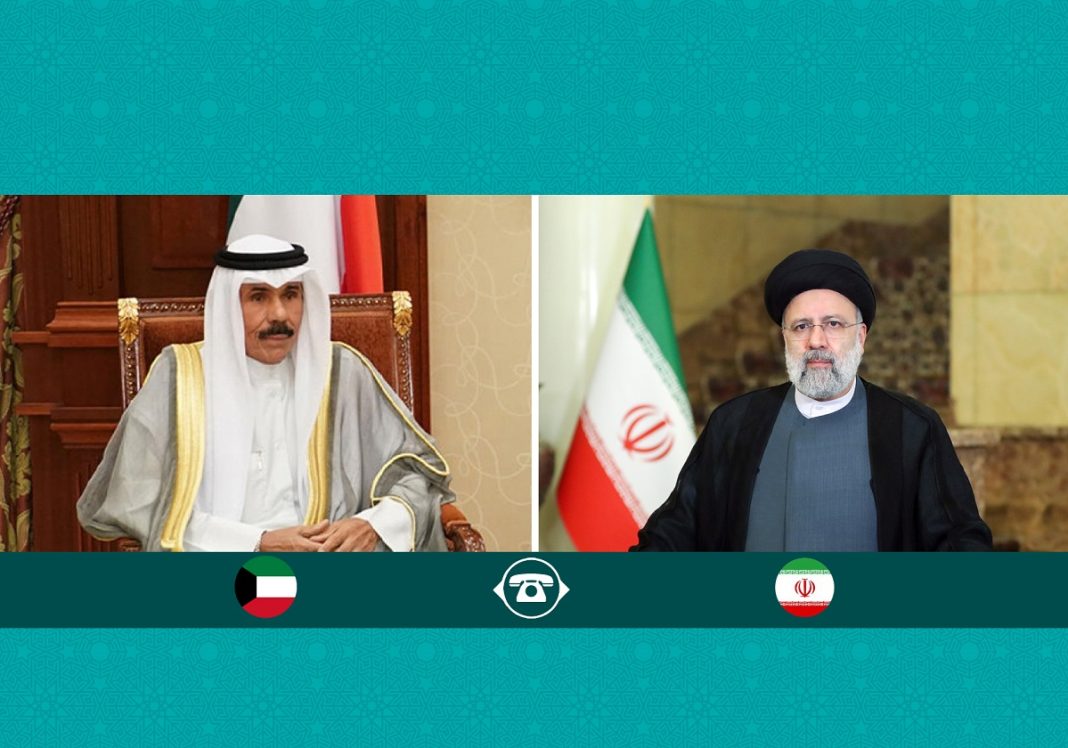 Iran’s President Ebrahim Raisi has described Kuwait’s stance on regional conspiracies as conscious. He made the comment in a telephone conversation with Kuwait’s Emir Sheikh Nawaf al-Ahmed al-Jaber al-Sabah.

He referred to good ties between Kuwait and Iran, saying the relations of the countries as two old friends must return to its real potential.

Raisi also voiced hope that he will meet with the Kuwaiti emir in Tehran, saying an increase in visits by officials from the two countries can help realize the existing potentials to enhance the level of bilateral cooperation.

In other comments, Raisi congratulated the emir of Kuwait and the Kuwaiti people on Eid al-Fitr. He said solidarity among Muslims during such occasions increases cohesion among them.

Addressing Raisi, he said, “We are really pleased with the new approach of the Islamic Republic of Iran and its emphasis on expansion of ties with neighboring and friendly countries during your presidency”.

The Emir of Kuwait further expressed hope he will host Raisi in his country.