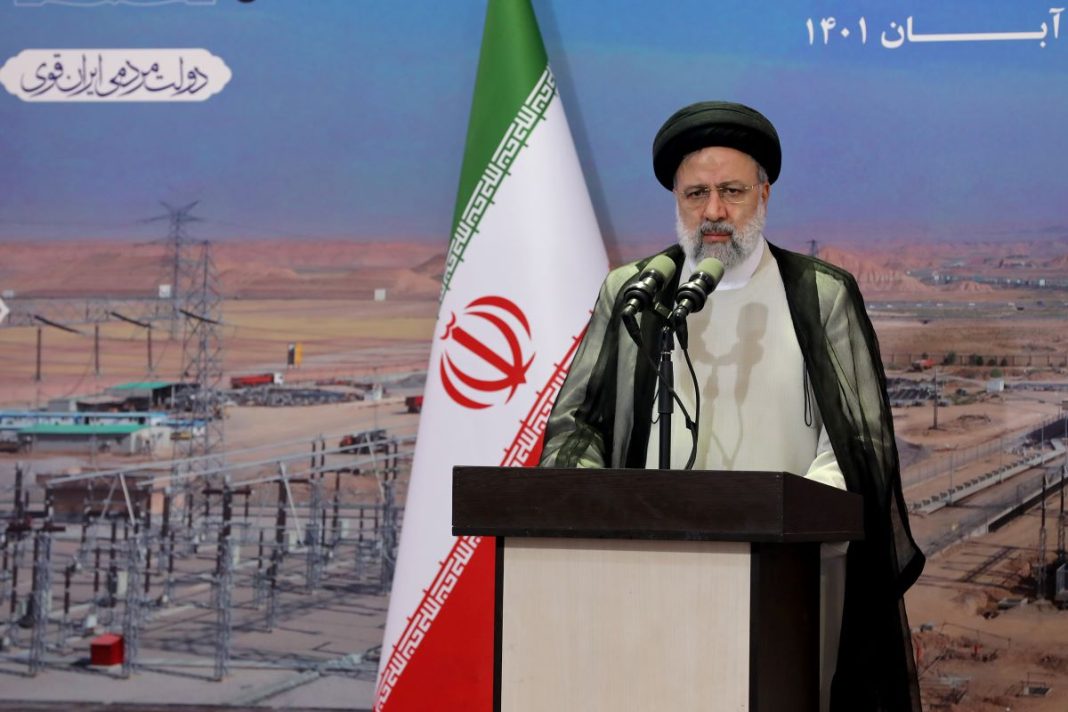 Iran’s President Ebrahim Raisi suggests that the recent unrest in the country has been instigated by enemies to mar his administration’s success.

Speaking at an event to inaugurate six power stations in Zanjan in northwestern Iran on Thursday, Raisi listed a number of achievements that he said his administration had pulled off, and drew comparisons with the past, when he said “some looked to the outside of the country” to generate progress.

“They (the enemies) believed that we would be deterred by sanctions and threats and would be slowed down, but they saw us gaining further momentum. We advance our work by preserving the dignity and might of this system and by relying on God and on homegrown capabilities,” he said, in an apparent reference to his own administration.

“When the enemy saw that its threats had fallen flat, it officially declared that… [its policy of] maximum pressure has been ineffective,” he said.

“The enemy was after isolating Iran, but we made contact with world countries, and what had already been made was enhanced. In the first year of this administration, our trade increased by 40 percent. Our share in the trade and economy and transit of the region is not comparable to the past and something extraordinary has happened,” Raisi said.

“They (the enemies) sought to limit our monetary and financial situation with sanctions, but they saw we were not limited. When they failed in all these conspiracies, they looked to create unrest in the country so the country’s progress and production would stop,” he added afterwards.

Raisi called on those active in trade, business, and manufacturing not to be deterred by “these riots and seditions,” which started in Iran following the death of a young woman in the custody of “morality patrol” agents.

“These riots and seditions shall not in any way weaken your steely resolve. My message to you is this: we will not allow the train of the country’s progress to be slowed down or stopped. These events shall not disappoint you,” he said.