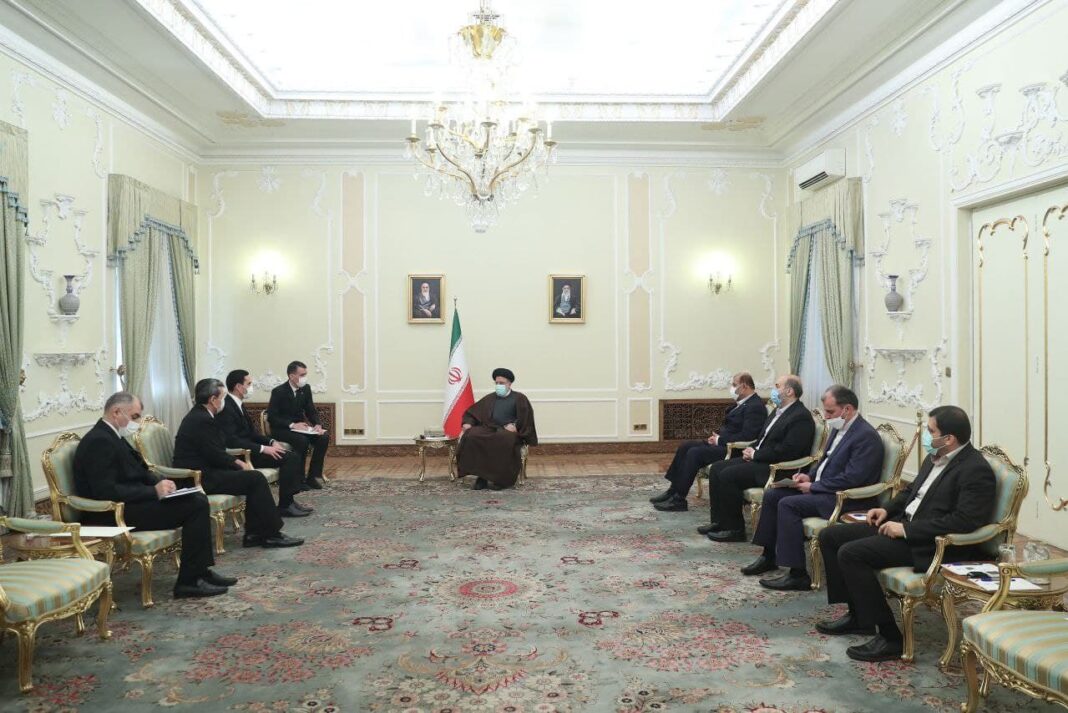 In a meeting in Tehran on Sunday with Serdar Berdimuhamedow, the Turkmen president’s special representative, Raisi said the two sides were determined to take “useful, effective” steps to advance the interests of the two nations.

The Turkmen official was in Tehran to hand over a written message from President Gurbanguly Berdimuhamedow to his Iranian counterpart.

Raisi described his recent meeting with the Turkmen president in Ashgabat and telephone exchanges between the two sides as the start of a “new chapter” in bilateral relations.

“In these talks, the obstacles that existed in the way of boosting cooperation, including in the fields of energy and transportation have been removed through proper decisions and the stage has been set for deepening ties between the two states,” Raisi said.

Tehran, he added, attaches special significance to the expansion of ties with neighbors.

In turn, Berdimuhamedov said his country was resolved to strengthen its relations with Iran in various spheres, especially in energy, economy, trade, transportation, and culture.

He added that Turkmenistan was seeking a new page in ties with Iran and, to that effect, it would put forward a variety of proposals for broader cooperation during the Turkmen president’s future visit to Tehran.