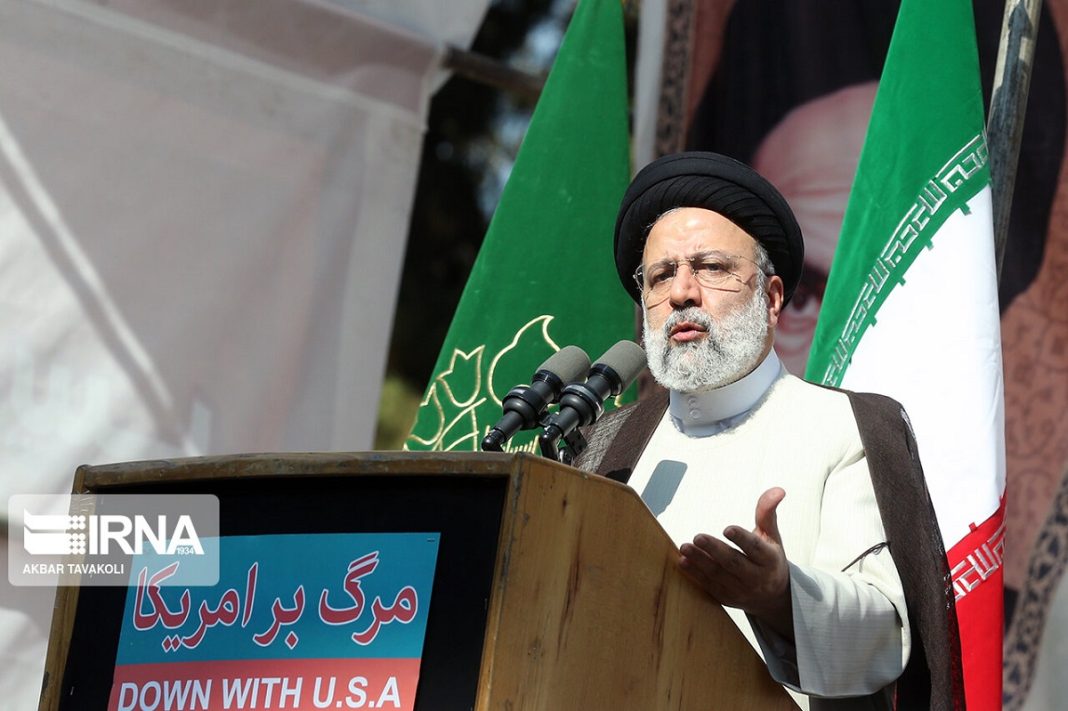 Iranian President Ebrahim Raisi has lashed out at his US counterpart, Joe Biden, for speaking of an intention to quote “free Iran,” reminding Washington that the Islamic Republic was actually liberated with the 1979 Islamic Revolution from the captivity of the Americans.

The Iranian chief executive made the remarks during a speech delivered on Friday to a large gathering of demonstrations near the venue of the former US embassy in downtown Tehran marking the anniversary of the 1979 takeover of the American mission, known as the ‘Den of Espionage,’ by students.

President Raisi referred to Biden’s comments on Thursday at a campaign rally, where he told his supporters, “We’re gonna free Iran.”

The Iranian president attributed the statements to Joe Biden’s “forgetfulness.”

“Iran was liberated 43 years ago and is determined not to be taken hostage by you (America) again. We will never turn into a milk cow,” said Raisi in reference to former US President Donald Trump’s famous description of the Saudi kingdom.

“Do not look at some deceived individuals and traitors. That is the position of the great Iranian nation and it has repeatedly announced that,” he said.

President Raisi said America wants countries to serve it as “milk cows.” The US, which has created the Daesh terror group, portrays itself as an advocate of freedom and human rights in the midst of all the crimes it has perpetrated, he said.

“To achieve its own interests, America is ready to destroy many people and endanger their interests,” he said.

The Iranian president said America has been present in 300 wars worldwide and had a hand in 62 coups.