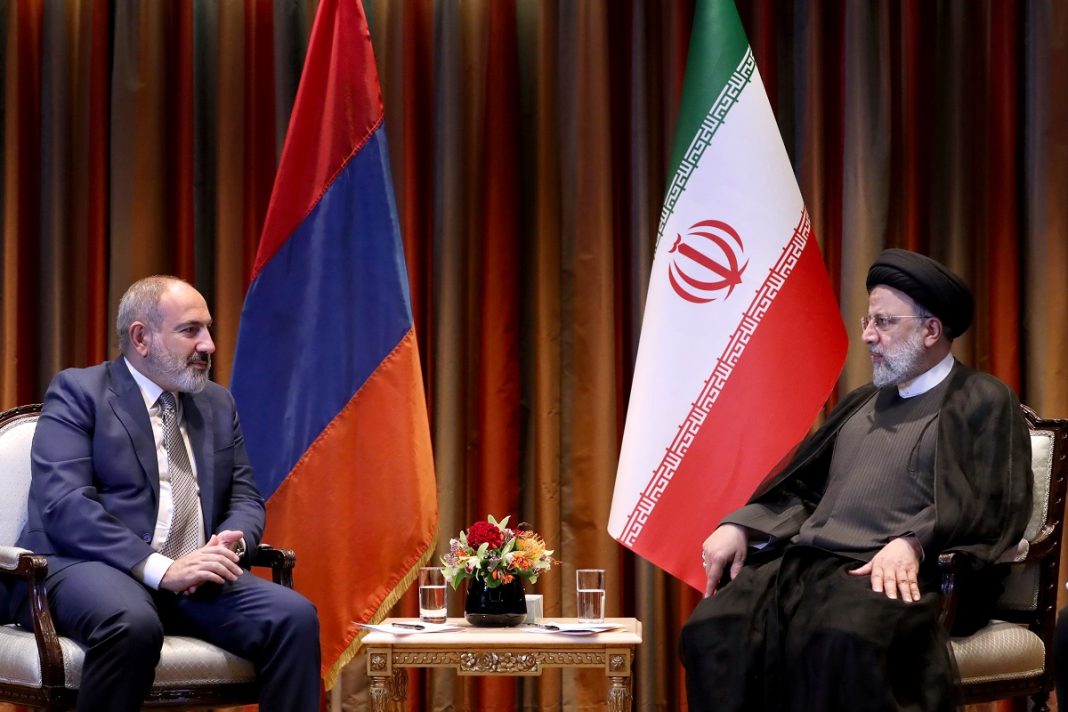 President Raisi of Iran, in a meeting with Armenian Prime Minister Nikol Pashinyan in New York on Thursday, emphasized that the sovereignty of countries must be respected and any changes in the political geography of the region should be barred.

The remarks by the Iranian president, within the framework of 77th annual session of the United Nations General Assembly, came amid recently elevated bloody tensions between Armenia and its neighbor the Azerbaijan Republic over a decades-old territorial dispute.

President Raisi said Iran is closely following up on the developments and supports any efforts for the establishment of peace in the region.

He added the conflict can only be resolved peacefully and through dialogue, noting that the region cannot tolerate any new war.

The Iranian president also said the Azerbaijan-Armenia borders are historical and highlighted that protecting the ‘important and strategic’ borders is indispensable in promoting political and economic cooperation in the region.

Meanwhile, the Armenian prime minister appreciated Iran for its clear and unambiguous stance on Armenian’s dispute and its efforts to protect its territorial integrity.

The two sides also discussed issues of mutual interest and exchanged views on further development and expansion of cooperation between Tehran and Yerevan in various areas.