Rain of Starlings in Iran 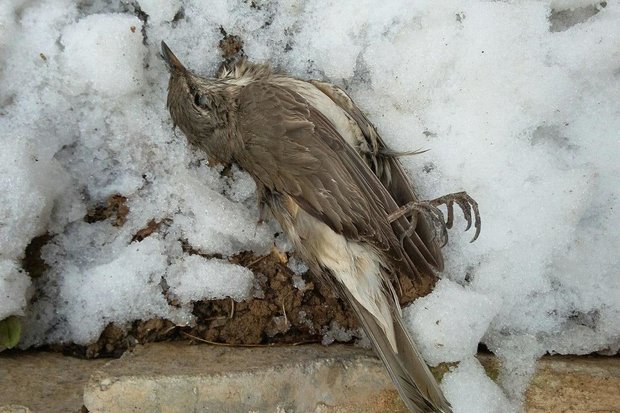 Every spring, migratory starlings head to Russia and end up in Aral Sea; however, they won’t arrive in there this year as they die on their way across Iran.

The photographers of Russian newspapers Izvestia and Rossiyskaya Gazeta prepare their reports on the arrival of migratory starlings to this country each year in early February.

This year, however, the reports were delayed for a few days, as the starlings didn’t arrive in Aral Sea on time or died on the way, according to a Farsi report by Mehr.

The starlings, departing from the south to arrive in their homeland, Russia, in the middle spring, fall on the ground for unknown reasons. This is very tangible for the residents of Shahroud, Iran: they see one or two dead starlings every time they open the doors of their houses. If you walk across the one-kilometre Mowlavi Street of Shahrud- one of the greenest in the town- you can see the carcasses of 15 to 20 starlings along the way.

Interestingly, cats don’t eat the corpse of these beautiful, small birds, and this arouses suspicion about their illness.

Rain of Starlings Will Go on

“Only 18cm in length, the starlings are found only in the northern hemisphere,” she noted. “They come from Siberia to southern Iran in September, and come back in the spring. They pass through Shahroud and some other cities on their way.”

“The rain of starlings will go on,” she noted, mentioning that the phenomenon was first reported by a citizen in late January before spreading through the town.

“I started my research by sampling three starling carcasses. Unfortunately, the cause of their death is still unknown,” she added. “The avian influenza is highly probable, as the Director General of Semnan province Veterinary Medicine had warned about it in December. We should wait until the Veterinary Office announces the final results.”

“Why does the body of starlings dry up in less than a second?” she asked. 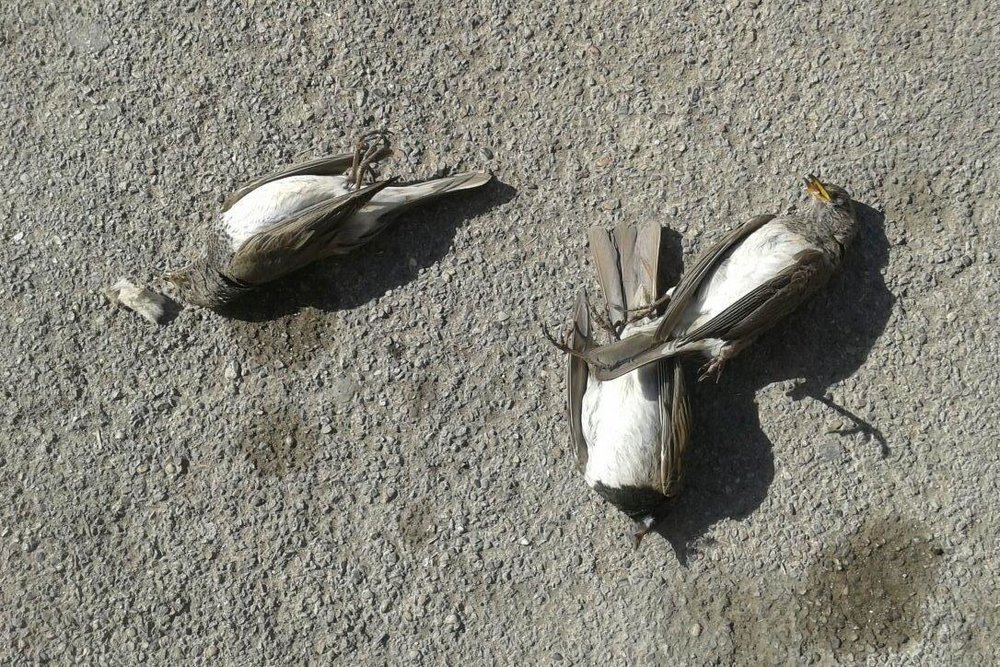 No Cure for Starlings

“The diagnosis can be partially made using clinical symptoms, but we should also bear autopsy and para clinical actions in mind,” said Hamideh Mohammadi, a vet.

“Unfortunately, in my opinion, there is no cure for the starlings,” she added, “As they migrate in very large numbers, it is impossible to drug them. We only can clean the polluted areas.”

“People must refrain from touching the birds’ carcasses until the cause of death is found.”

An employee of Semnan Veterinary Office believes that the migratory birds used to die in previous years as well.

“It is natural. The cause isn’t the influenza, but the quite cold weather.”

However, Kamalifar, a faculty member at University of Tehran, says “it is ridiculous to suggest that the cold temperature is the cause of starlings’ death.”

“The starlings spend six months a year in Russia and the Balkans, and stay in their flat plains. The feather texture of starlings indicates that they are inhabitants of cold climate. So it is odd to announce the cold temperature as the cause of starlings’ death, it is like saying that the arctic foxes are dead due to the arctic climate!”

“I have not carried out any research on the starling carcasses, so I cannot say for sure if the cause of their death was influenza or another illness.”

“I was informed of the issue after receiving some phone calls and emails from my colleagues in different cities,” Kamalifar added. “There were some cases of starling death in those cities as well.”

The death of migratory birds is no new phenomenon in Shahroud; but why is the cause still unknown?

The starlings, these little birds, fly together in flocks with tens of thousands of members, performing an elegant dance across the indigo sky. However, the people who used to be happy to watch the dance of starlings are in doubt and fear today as they see the apparently ill starling carcasses.