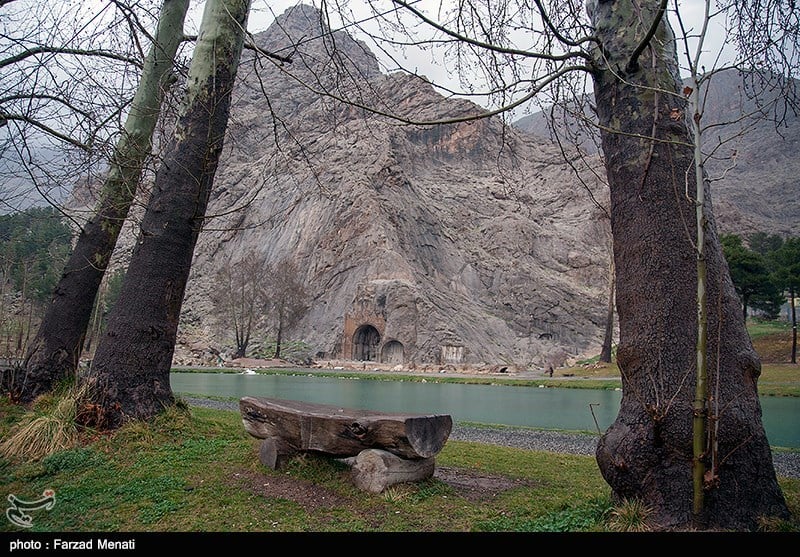 Winter rain in the Western Iranian province of Kermanshah has created very attractive scenes in the historic site of Taq-e Bostan.

Taq-e Bostan, which means “Arch of the Garden” or “Arch made by stone”, is a series of large carving in rocks pertaining to the Sassanid era. It is located five kilometres from the city of Kermanshah, west of Iran.

It is located in the heart of the Zagros Mountains, where it has endured almost 1,700 years of wind and rain.

The site has been turned into an archaeological park and a series of late Sassanid and Islamic column capitals have been brought together.

This complex consists of a series of properties from prehistoric to historical periods such as Morad-Hassel Tepe, an ancient village, a Parthian graveyard and a Sassanid hunting ground.

The most significant property of the complex belongs to the Sassanid era which comprises of two porticos as well as outstanding bas-reliefs from the same period.

The carvings, some of the finest and best-preserved examples of Persian Sassanid era sculptures, include images of the investiture ceremonies of Ardeshir II and Shapur III.

Following you can find the photos of Taq-e Bostan in the rain retrieved from Tasnim News Agency: