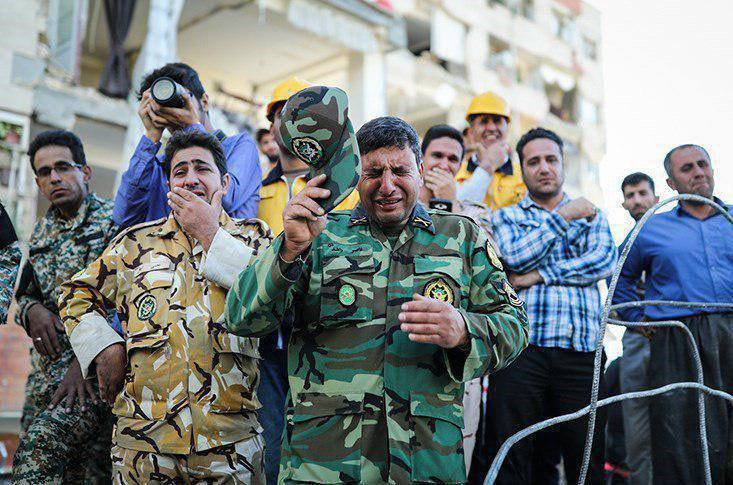 The Iranian armed forces have been engaged in relief and rescue operations in the quake-hit areas in Western Iran since a few hours after the deadly incident, and have seen shocking and heartbreaking scenes since two weeks ago.

The Armed Forces, including the Army personnel that help the quake-hit people in cities and the IRGC forces who are deployed in villages, are regularly replaced by fresh forces.

During one of these shift changes, as a viral video shows, one of the Army officers was so impressed by the huge crowd of people saying goodbye to them that he burst into tears.

The video shows people of Sarpol-e Zahab, Kermanshah Province, standing around the Army vehicles, thanking the officers and soldiers for helping them relentlessly.