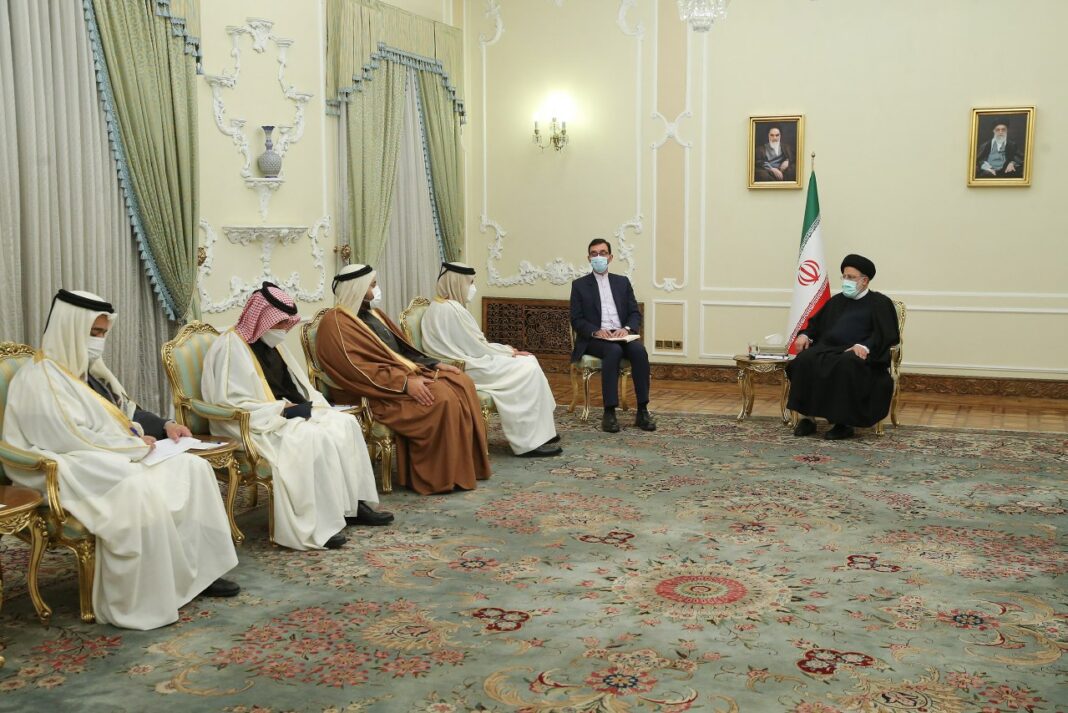 Qatari Foreign Minister Mohammed bin Abdulrahman Al-Thani met with Iranian President Ebrahim Raisi on Thursday and presented him with an official invitation from the Qatari Emir to attend the next meeting of Gas Exporting Countries Forum.

The Gas Exporting Countries Forum, headquartered in Doha, Qatar, is an intergovernmental organization with 19 members. The group controls over 70% of all natural gas reserves in the world.

The top Qatari diplomat said his country is determined to develop relations with Iran in different political and economic fields, and that the Emir of Qatar Sheikh Tamim bin Hamad Al Thani personally monitors the expansion of relations between the two sides.

The Qatari Foreign Minister also said Qatar agrees with Iran that “the presence of foreign forces in the region has negative effects, and we believe that the countries of the region should take the path of peace and progress by relying on regional cooperation.”

During the meeting, the Iranian president also emphasized the importance of regional cooperation.

He referred to the capacities of Tehran-Doha cooperation in different political, economic and cultural sectors.

“We stand ready to activate all areas for the development of bilateral and regional cooperation for the benefit of the two nations,” the Iranian president added.

Raisi stressed that the presence of foreign powers in West Asia increases insecurity, adding that foreign powers do not respect the identity and dignity of regional nations and governments.