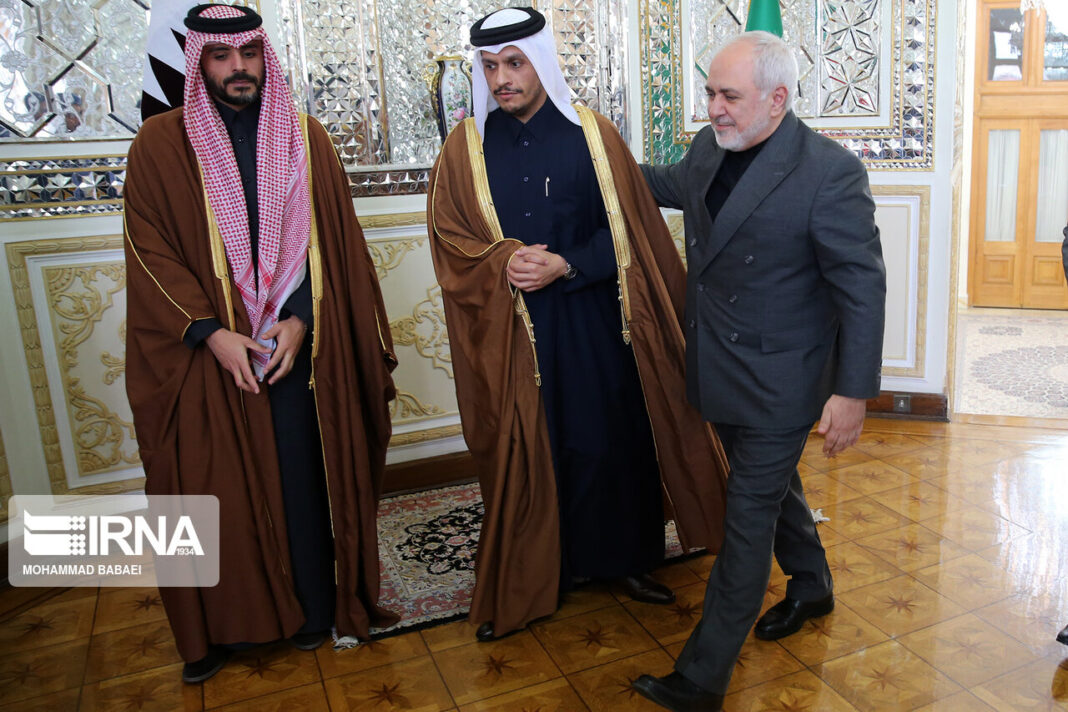 Foreign Minister of Qatar has voiced concern about the escalation of regional tensions following the US assassination of the IRGC Quds Force commander in Iraq, calling for the peaceful settlement of the conflicts during his trip to Tehran.

In the meeting, the two senior diplomats discussed the latest developments in the bilateral relations between Iran and Qatar and the most important regional and international developments, particularly the new conditions in Iraq as well as the assassination of IRGC Quds Force Commander Major General Qassem Soleimani.

Describing as “delicate and worrying” the current stressful situation in the region following the Friday developments and the US assassination of the Iranian commander, the Qatari foreign minister said a peaceful solution must be found to reduce the tensions and restore calm to the region.

For his part, Foreign Minister Zarif denounced the terrorist measure by the American military forces to assassinate General Soleimani and held the US regime accountable for the consequences of the attack.

“The Islamic Republic of Iran does not seek tensions in the region, but the presence and interference of the foreign and extra-regional forces have caused instability, insecurity and escalation of tensions in our delicate region,” Zarif added.

The Iranian and Qatari foreign ministers also hailed the very good bilateral relations in all fields, and stressed the need to expand and deepen the ties.