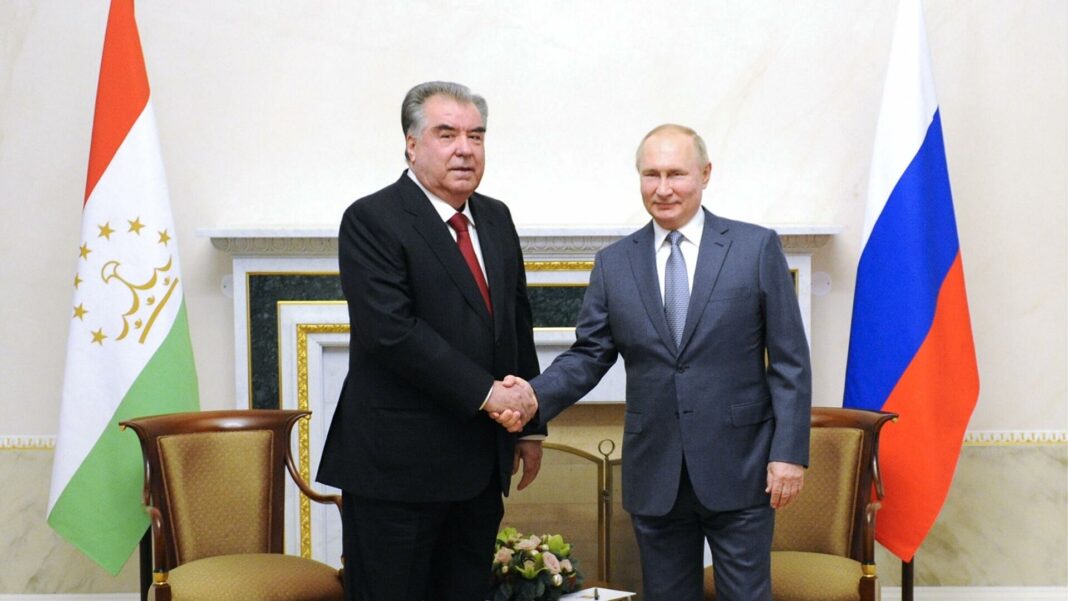 The situation on Afghan-Tajik border causes concern and alarm, Russian President Vladimir Putin said in a meeting with his Tajik counterpart Emomali Rakhmon.

“The situation on the border with Afghanistan now – I know it as I’m in regular contact with you – causes some alarm and concern,” he stated.

“And that’s the matter of the fact and I share this concern,” he added.

Russia and Tajikistan are developing their relations in security issues, Putin continued, noting, “As has been our agreement, some weapons and equipment have been delivered to reinforce Tajikistan’s armed forces so that Tajikistan could efficiently counter any threats to your country that emanate from outside.”

Putin told the visiting president that Russia and Tajikistan were developing cooperation on dealing with security issues.

He stressed some weapons and equipment had been provided to help Tajikistan’s armed forces efficiently counter threats emanating from outside.

Moscow has been in an effort to fortify its military base in Tajikistan with weapons and other equipment.