Putin: Russia, Iran and Turkey agree that US must leave Syria 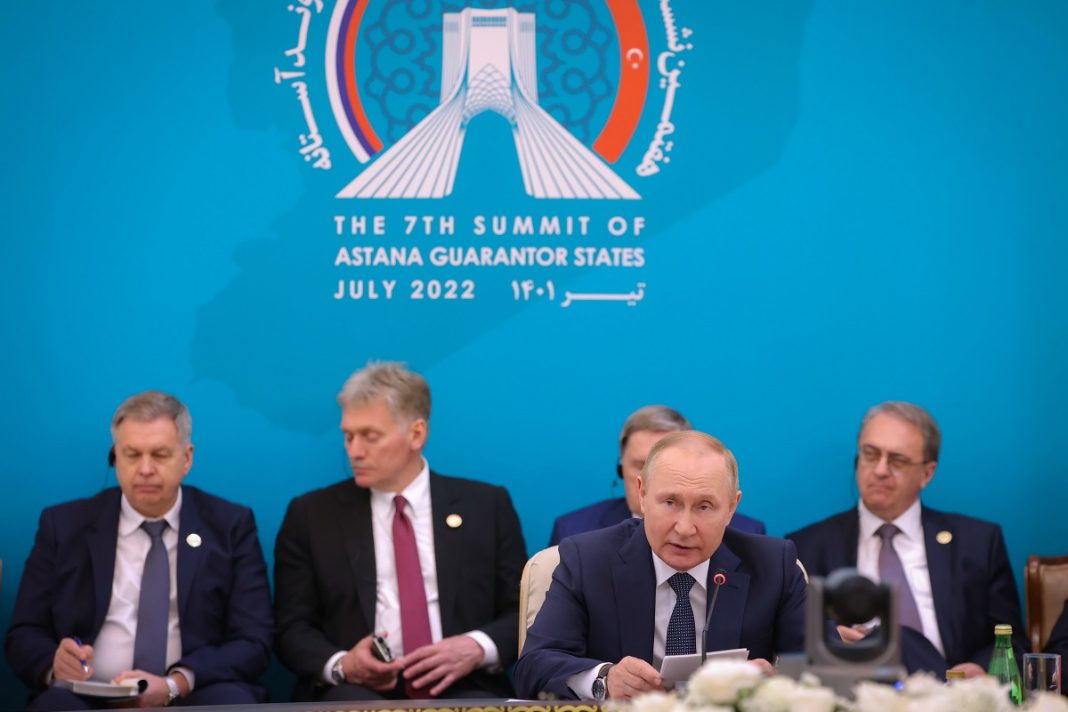 Russian President Vladimir Putin says he and the leader of Iran's Islamic Revolution held positive talks in Tehran and they agreed that bilateral ties must expand and the two sides will cooperate at regional and international levels.

Putin was taking questions from journalists after returning from Tehran where he also met with the presidents of Iran and Turkey as part of the Astana peace talks on the Syria crisis.

Putin described the negotiations as very fruitful and said at the summit, he and the Iranian and Turkish presidents discussed key issues and underlined the necessity of moving firmly toward stabilizing Syria.

The Russian president said Moscow, Tehran and Ankara stress that the Syria crisis can be resolved through diplomat channels and that Syria’s sovereignty and territorial integrity must be respected and the country’s people must decide its future.

Putin also said Russia, Iran and Turkey agree that the US must leave Syrian soil. He further spoke about bilateral ties with Iran.

He said Tehran and Moscow have managed to increase their trade by 40 percent and this means that they can expand their cooperation.

The Russian leader further touched on the sanctions removal talks between Iran and the other sides. He said efforts must be made to preserve the Iran nuclear deal, JCPOA, and to revive it in line with UN Security Council Resolution 2231.

Putin noted that all nations must enjoy equal rights to develop their own nuclear energy programs without any discrimination.

He further spoke about Ukraine, The Russian president said, “Whenever we come close to finding a solution to the conflict, the Ukrainians avoid talks.