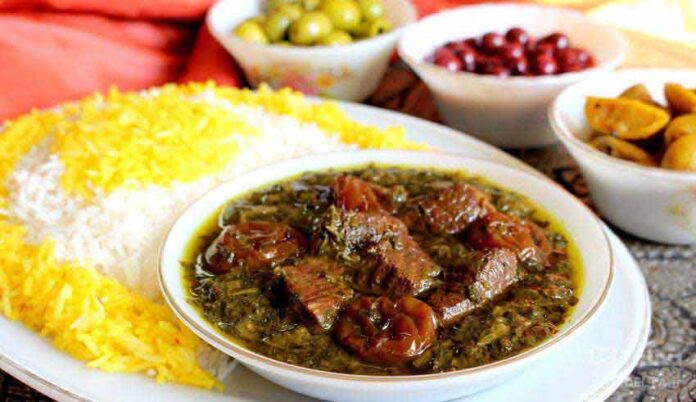 The prune-Spinach stew is a gourmet Iranian food served during both day-to-day meals and formal ceremonies.

The prune-spinach stew is a well-known traditional Iranian stew which is very popular among families. It is very delicious and regarded as a culinary delight both in casual get-togethers and formal parties.

Salt: As much as needed

Pepper: As much as needed

Cut the onion to very small pieces before frying them. Then add the chopped meat and sauté it until the meat changes colour. Add two cupfuls of water and lower the temperature, waiting for the water to start boiling. Let the meat cook for quite some time.