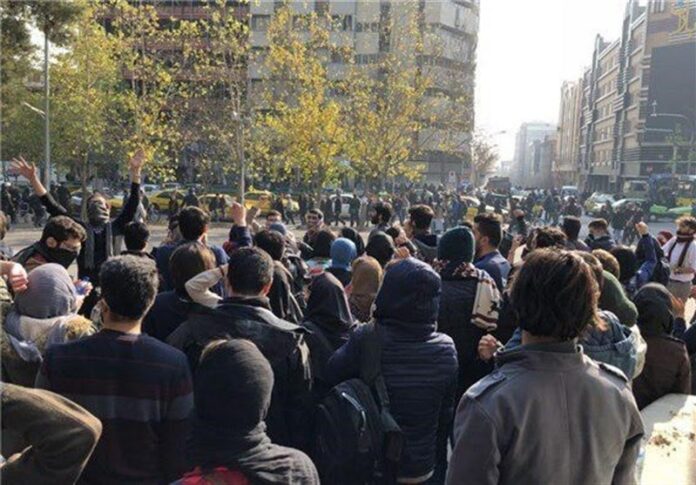 A number of shop owners at Aladdin and Charsou shopping malls in downtown Tehran have held a rally to protest power cuts at the renowned mobile markets.

The shop owners gathered outside the mall, located in the central Jomhouri Street, in an act of protest.

According to media reports, the protest held to raise concern over the impact of power cuts on the shop owners’ businesses, was later infiltrated by a group of people, who politicized the rally, chanting slogans strongly critical of the political system in Iran. The protesters later dispersed.

According to the Ministry of Energy, the two-hour-long power outage at Aladdin shopping mall was due to consumption exceeding the limits set for the commercial center.

Iran has been hit by scheduled power cuts over the past months amid rising electricity consumption, which officials say, topped the national power generation threshold in the hottest days of June and July.

Iran’s power sector has been hit hard by a dry raining season, which has taken its toll on the mainly hydro-electric industry.