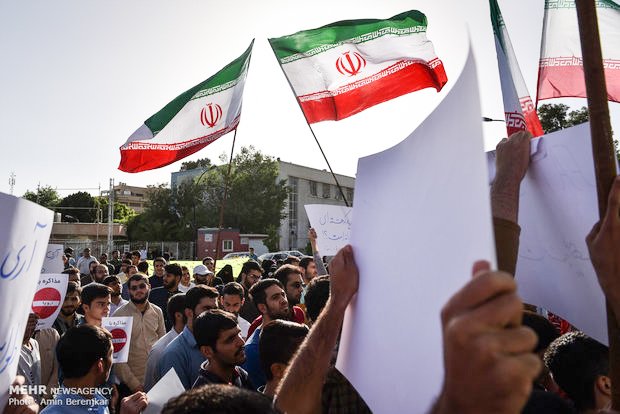 A crowd of conservatives gathered in front of the Iranian parliament on Sunday to protest against a bill on Iran’s accession to Combating the Financing of Terrorism (CFT) convention, which is to be put to a vote in the parliament this week.

The protesters, numbering over 200, said approving the bill would amount to betraying the values of the revolution and is against guidelines of the Leader of Islamic Revolution Ayatollah Seyyed Ali Khamenei. 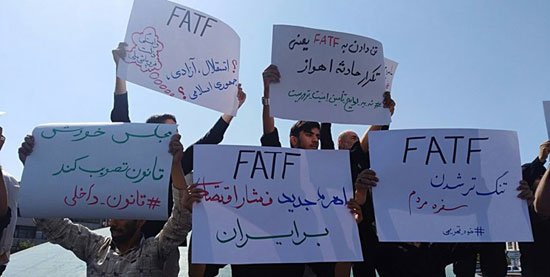 Several conservative lawmakers, including Javad Karimi Qoddousi, were among the participants.

The bill was discussed in the parliament back in June, but lawmakers decided to shelve the bill for two months.

The bill is part of four sets of legislation proposed by the government of Hassan Rouhani to get the country out of the black list of the global anti-money laundering body, the Financial Action Task Force (FATF).

Two other bills had been approved by the parliament, but rejected by the legislation watchdog, the Guardian Council. After the parliament refused to change the bills, they were referred to the Expediency Council, which is entrusted with acting as an arbiter between the two bodies. 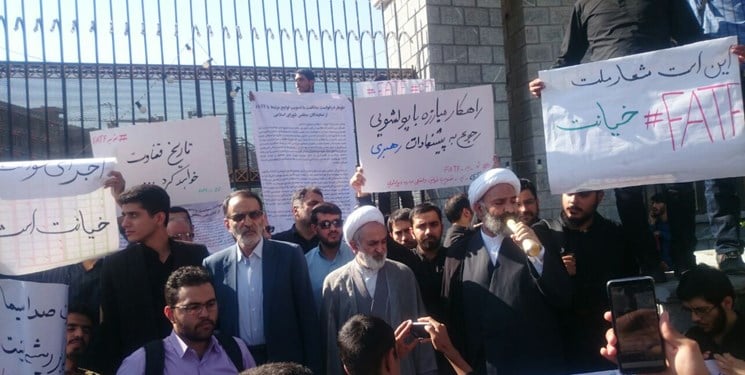 The fourth bill, an amendment to the country’s law against financing terrorism, was approved by the parliament and the Guardian Council, and signed into law by President Hassan Rouhani last month.

Iran entered into talks with the G7-created FATF to join the body following the January 2016 implementation of the JCPOA, the nuclear deal between Tehran and world powers.

But Iran’s accession to FATF has slowed down in recent months, over concerns among conservative politicians that the move could endanger Iran’s national security interests.