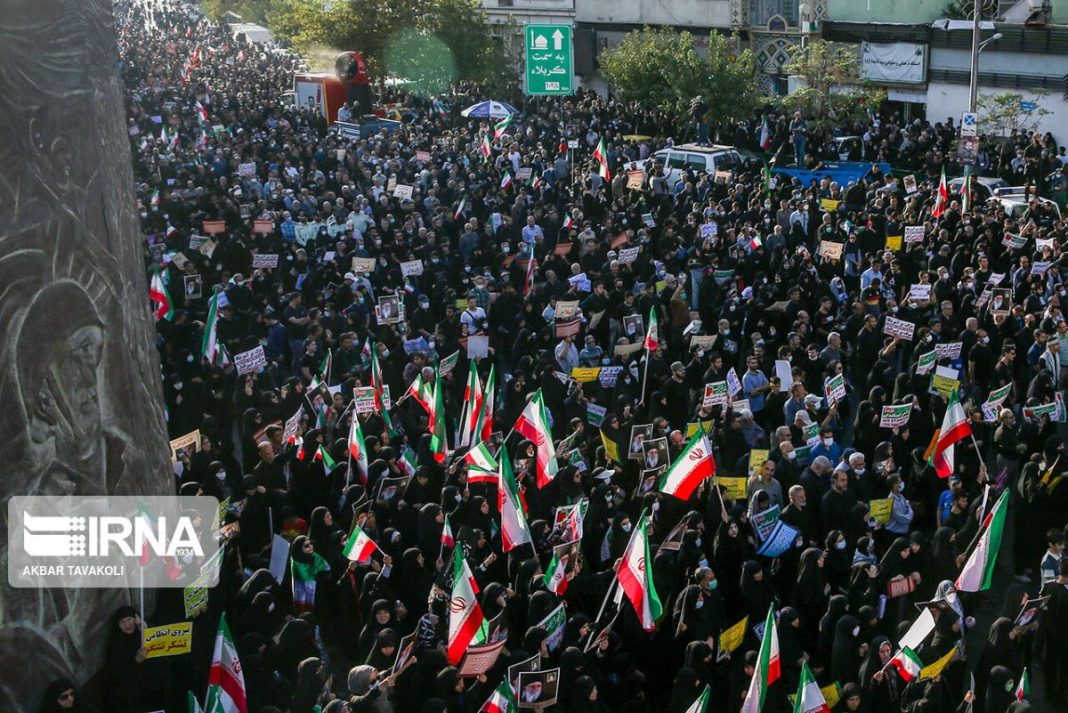 Counterprotesters took to the streets in the Iranian capital Tehran to show support for the government and slam angry protests in several Iranian cities following the death of a young Iranian woman in police custody.

The demonstrators on Sunday waved Iranian flags, held placards in support of the authorities and police, and chanted against the US and Israel, saying the violent riots and acts of vandalism were instructed and supported by the foreign enemies.

The demonstrators also issued a statement calling on officials to punish those rioters who insulted people’s sanctities and damaged public property.

Dozens of people have been killed, including five pro-government Basij forces, after nearly a week of public outpouring of anger that was triggered by the death of Mahsa Amini, a 22-year-old woman.

Mahsa Amini was taken to custody by the morality police in Tehran over her ‘improper clothing’ more than a week ago and died, according to an official report, of a heart attack.