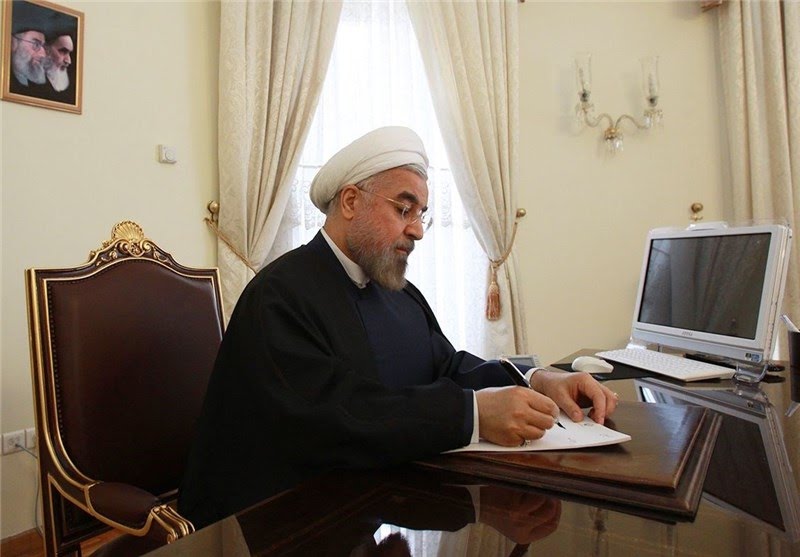 Iranian President Hassan Rouhani has sent a message to the people of the United States of America.

What follows is the full text of the Iran president message to American people released on Friday, March 20, 2020:

In the Name of God, the Compassionate the Merciful

On behalf of the great Iranian nation, I write to the people of the United States of America on the occasion of the Iranian New Year (Nowruz). The coronavirus outbreak has endangered the health of—and even presented a considerable threat to—humanity with no distinction as to nationality, or gender or religious backgrounds. This presents an opportune moment to further contemplate our common pains and our human principles.

Today, all of humankind feels apprehensive toward the future; a future threatened in every aspect; be it health, business, and even social relationships and the way of life. The level of unpredictability and uncertainty is simply unprecedented. It is self-evident that our success in what is likely to be a long fight depends on the spiritual and heartfelt affinity of all human beings. The international defense that we have to mount will not be successful without camaraderie on the part of the whole of humankind. Today, instead of soldiers belonging to different armies, human soldiers, donning similar unicolor uniforms belonging to no particular country, are selflessly and altruistically at war against the enemy of humans across the globe. In this common fight, we all belong to one front. We all seek to prevail over our common enemy: a deadly virus. With this enemy, in contrast to other issues, we have no difference of views, and we do not diverge on its nature, its definition and its destructive consequences for the whole of humanity.

Historically, the Government of the United States, regrettably, once chose to assist what is worse than a virus—the regime of Saddam Hussein—at a time when the Iranian people were attacked, and Iranian (even Iraqi) women, men and children were not spared by that butcher. Although with the passage of time the U.S. Government noted its errors, it drew no lesson from them. As Daesh (ISIS), the terrorist group, wreaked havoc in the Middle East through its criminal deeds and extremist dogmas, the current U.S. Government handed this terrorist group a victory by assassinating the man who most effectively brought about its destruction.

Today, the Iranian people are harmed by both the deadly coronavirus and the callous U.S. government policy of economic terrorism inflicted on them. Yet, even under the circumstances of the pandemic, the U.S. government has failed to abandon its malicious policy of maximum pressure; and is thus in practice aiding the spread of this virus with its sanctions.

Following its illegal withdrawal from the Joint Comprehensive Plan of Action (JCPOA), the U.S. Government has implemented more than one hundred collective punishment measures against the Iranian people, specifically targeting Iran’s principal economic and financial sectors, and inflicting damages amounting to hundreds of billions of dollars to Iran’s economy and the Iranian people. The sanctions imposed by the U.S. Government have resulted in many ordinary Iranians losing their jobs and incomes. It has also endangered their health and wellbeing. The sanctions have drastically undermined the ability of the Iranian people to fight the coronavirus and some among them are losing their lives as a result.

People of the United States,

You, like others in the world, are facing this destructive pandemic and experiencing the bitterness of a concern over your future and that of your loved ones. This time, the surrounding oceans of a continent are not an adequate defense. We know the war on this virus can only be successful if all nations can win this war together, and no affected nation is left behind. This is the other side of globalization coin; a signal that happiness and calamity are both globalized. As Sa’adi, our national poet, recited centuries ago, “Adam’s children are limbs of one body,” an injured limb makes the whole body ill. Thus, no border and no wall can shield any nation from the harm of this or any other virus.

I warn that under a pandemic situation, Tehran, Paris, London and Washington are not far apart, and any hostile actor seeking to undermine Iran’s health system and restricting the needed financial resources to tackle the crisis, will undermine the fight against the pandemic all over the world. COVID-19 is a matter of life and death, in the true meaning of the term for all nations, and countering it is the global duty of all.

The Iranian people have endured throughout history. Throughout millennia, Iranians prevailed against warmongers, from Genghis to Saddam, and withstood natural disasters, from pestilence to cholera, resiliently safeguarding their culture and civilization. This time, too, they will repel this virus as well as the sanctions born of the callous policy of maximum pressure, and will endure once again with resilience and pride.

But can the American people accept that these malicious pressures are brought to bear on the Iranian people in their name, as a result of their vote, and by the means of their taxes? The imperative of countering the new coronavirus has suspended sporting events, public ceremonies, religious congregations, and forced the closing of schools, universities, houses of worship and businesses across the globe. Isn’t it astonishing that even under such circumstances, there is no halt to pressure, sanctions and callousness? Are we to believe the claim of a readiness for humanitarian assistance from those who so brazenly violate human rights?

On this March 20th, the Iranian people, along with peoples from 12 other countries, celebrate the Iranian Nowruz (new day and new time), and the beginning of the spring. We should take this as an opportunity to adopt a new humanitarian approach toward fellow human beings.

People of the United States,

In the name of justice and humanity, I address your conscience and Godly souls, and call upon you to make your Administration and Congress see that the path of sanctions and pressure has never been successful and will never be so in the future. It is human discourse and action that produce results.

Regrettably, the fallacious framing of the situation in the region and deceptive lobbying of Iran’s regional enemies have impeded the way toward reforming the destabilizing and interventionist policies of the American government in the world, and in the Middle East in particular. Despite winning the election on the promise of withdrawing from the Middle East and returning American soldiers to their homes, the failure to fulfil this mandate and efforts to reach into the pockets of the American people to finance an unprecedented campaign of intervention in the region are manifest. This disastrous approach has resulted in the U.S. engaging in enmity with the country most central to defeating Daesh.

Regrettably, the most aggressive and reactionary enemies of democracy and human rights in the world, who have occupied the lands of others, or have deprived their own peoples of even one free election, have become advisers to the U.S. government and are imposing their own interests upon the American people. Currently, a congruence of virus and sanctions has become the hallmark of their policy towards Iran. The victims of the virus and the sanctions are ordinary Iranians from all walks of life and not the political elite.

As the negotiations that resulted in the nuclear deal proved, we in Iran have always been ready for dialogue and have never feared it. In our view, it is a legal, moral and international imperative for every party to comply with its obligations. We have demonstrated our fidelity to our commitments and rejected the noncompliance demonstrated by other parties. The Iranian people value friendship and respect based on the principles of dignity and humanity and respond positively to overtures based on such values. Simultaneously, they are ready to resist pressure and threats, as they have heroically throughout history. We are a glorious and proud people with millennia of civilization. We react to the language of force with the language of resistance and to the language of dignity with the language of respect.

I wish a happy spring and New Year to all Americans, and especially those of Iranian descent.