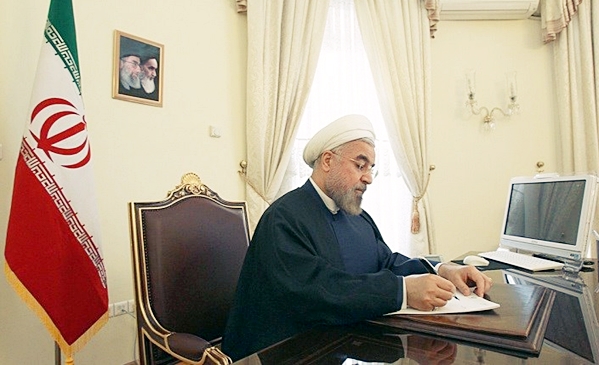 President Rouhani denounces France’s terror attacks, saying the world is more determined than before to take on terror groups.

President Hassan Rouhani has denounced multiple terror attacks in Paris which killed more than 150 people and injured 200 others late Friday.

Entekhab.ir on Saturday released a report on the reaction of the Iranian president and Foreign Ministry to Friday’s terror attacks in Paris. The following is the translation of the report:

The Iranian president released a message of condolence to his French counterpart Francois Hollande, saying that the terror attacks which killed and wounded a large number of people in Paris filled our hearts with agony and grief.

“On behalf of the Iranian nation, which has fallen victim to the ominous phenomenon of terrorism, I condemn in the strongest possible terms these inhumane crimes and express [heartfelt] condolences to the French nation and government,” the president further said.

President Rouhani went on to say that the world will definitely signal a unified message in such incidents: Stronger determination to launch an all-out fight against terror groups.

In another development, the Foreign Ministry spokesman on Saturday denounced the bloody attacks in Paris, saying that Iran stands by the families of the victims in these trying times.

Hossein Jaberi Ansari further said that the perpetrators of these crimes have nothing to do with Islam and other divine faiths, stressing the need for integrated international determination to address the root causes of terrorism.

He also said that Iran will carry on with its efforts to fight terrorism and extremism and is ready to cooperate with world nations in this regard.