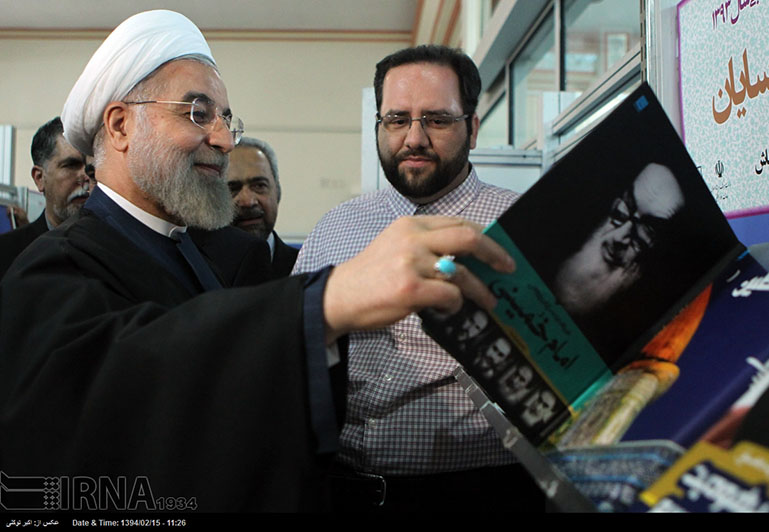 The president said a free atmosphere should reign in publishing and at the same time values should be held in high esteem.

President Hassan Rouhani has appealed for “clear, transparent and concise” rules governing the publishing industry, saying that oversight should not be arbitrary.

Speaking at the inaugural of a 28th edition of Tehran International Book Fair Tuesday, the president said a safe and free atmosphere should reign in publishing at the same time as our religious culture, national interests and Islamic-Iranian identity are held in high esteem.

The fact that as many as 300,000 local titles and 160,000 foreign titles are on display at the expo is a source of pride, the president said, calling for book reading to be integrated into Iranian lifestyle.

Shifting to the brewing crisis in the Middle East, President Rouhani said unfortunately our region is experiencing carnage, terror, and destruction of ancient artifacts.

Western countries should not take pride in selling more weaponry to regional countries, the president said, adding by doing so they are rendering the region more insecure and creating unfounded fear in the region.

He went on to say, “Are Western countries trying to keep the wheels of their industry churning through regional insecurity? Are they going to create employment at arms factory at the expense of Iraqi, Syrian and Yemeni people? Should people be killed? Should signs of civilizations be destroyed? Ironically they form anti-terror coalition to fight terror! What is really going on?”

The following are images of the inaugural of the annual event released by the Islamic Republic News Agency: