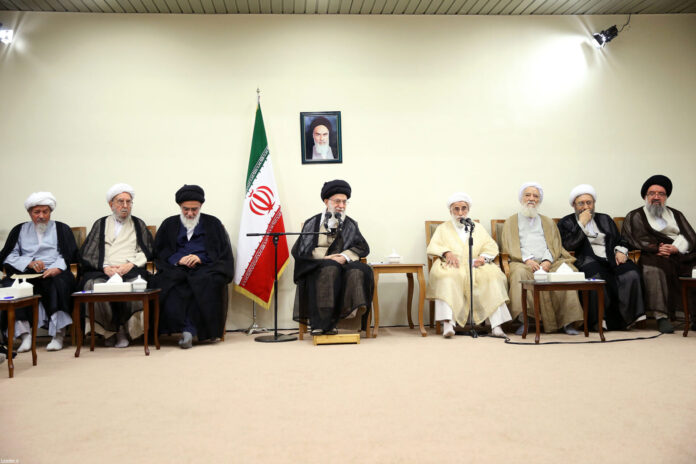 The Leader of Iran’s Islamic Revolution says the Islamic Republic should have extensive relations with the world, but the country’s “powerful leg should not be exchanged for foreigners’ cane”.

Speaking in a meeting with members of the Assembly of Experts on Thursday, Ayatollah Seyyed Ali Khamenei said, “Solving problems – including economic and cultural problems – is only possible with the help of the people and with reliance on domestic capabilities and capacities, not with reliance on foreigners.”

“This issue should be repeated, time and time again, until it turns into a common and well-established discourse, because the country has many motivated and capable youths who offer new thoughts and ideas that are creative in various productive, scientific and educational sectors. The country should benefit from these youthful minds,” the Leader added.

The Leader further referred to the nuclear negotiations as an example in this regard, saying, “The problem that we had and continue to have with the nuclear negotiations […] is that although there was nothing wrong with negotiating, those negotiations should have been conducted with care and precision, so much so that every move by Iran will not be considered as a violation of the JCPOA; while, this is not the case for every wrong move that the other side makes.”

“We should work with the world; we accept its requirements; but, we should not glue our eyes on foreigners either,” Ayatollah Khamenei went on to say.