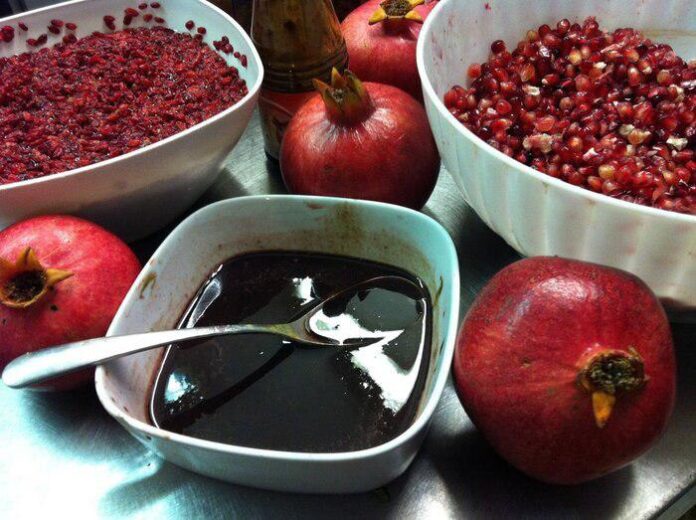 Pomegranate paste is a popular flavouring in Persian cuisine, known as a basic ingredient of many delectable Iranian dishes with a mouth-watering aroma.

One can buy various brands of the delicious Iranian flavouring, pomegranate paste, at the supermarket, but still the homemade sauce is much more popular.

Adding flavourings to food is believed to be the most attractive part of cooking. A combination of courage and creativity would be enough to find the desirable taste by playing with the flavourings and create the yummiest foods.

One of the most popular flavourings in the Iranian kitchen is the pomegranate paste which gives a delicate and unique flavour to various foods. For instance, it is used to cook Fesenjan stew, chicken, fish, kabob, sour chicken, etc. 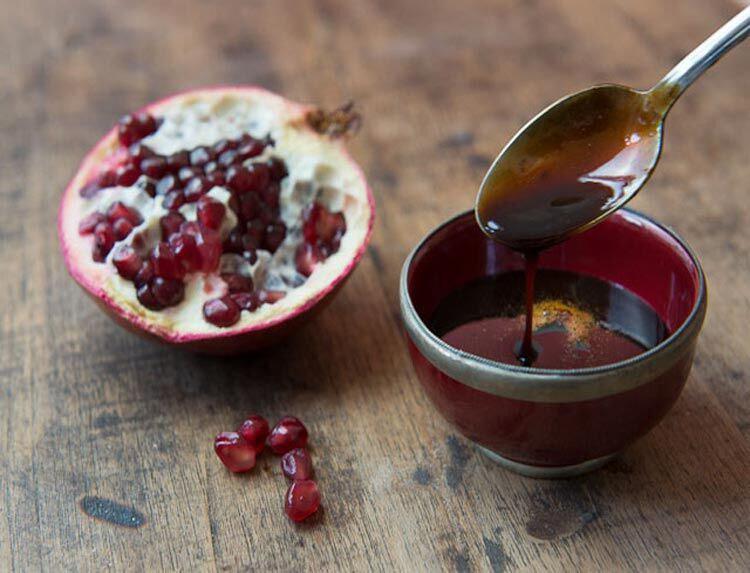 – If the pomegranate fruit is juicy, every 8 kg of pomegranate will produce one kilogram of paste.

– The thicker the paste, the later it will spoil and rot, and it would also look darker.

– In order to save costs, normally the broken and small pomegranates are used to make paste, which may not have a good appearance and are usually less expensive. This, however, would not affect the quality of the paste. What matters is that the pomegranate must be juicy and red. The pomegranate seeds should not be old, rotten, decayed or dry, and its color should not be white or brown.

– Pour the pomegranate paste into glass jars and keep in the fridge. Use a clean and dry spoon to take the paste every time. Screw the jar lid down tightly every time to prevent decay.