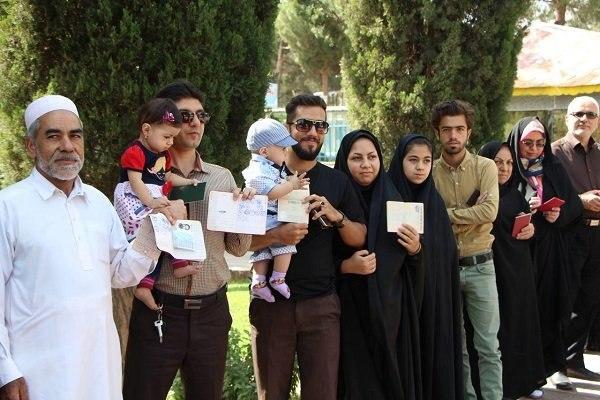 Millions of Iranians have started going to the ballot boxes across the country as of 8 am (Iran standard time) to vote for their favourite candidates in Iran’s presidential and local elections.

Some 63,500 polling stations opened at 08:00 local time (0330 GMT) Friday for long lines which had already formed around the country where more than 56 million are eligible to vote.

Polls will close at 18:00 (1330 GMT), but voting hours will most likely be extended as the country has seen in previous elections, amid expectations of a high turnout.

Outside Iran, a researcher at Victoria University of Wellington in New Zealand became the first Iranian to cast his ballot. Voting was also underway in the cities of Aukland, Christchurch and Dunedin.

Across Asia, Europe and the Americas, Iranian expatriates were casting their ballots in various countries but Canada did not allow the Islamic Republic to set up polling stations on its territory, Press TV reported.

Based on Iran’s election law, if no candidate manages to secure over 50 percent of the votes, a runoff will take place a week later.

Weeks of heated campaigning came to an end on Thursday morning, 24 hours before the start of the elections.