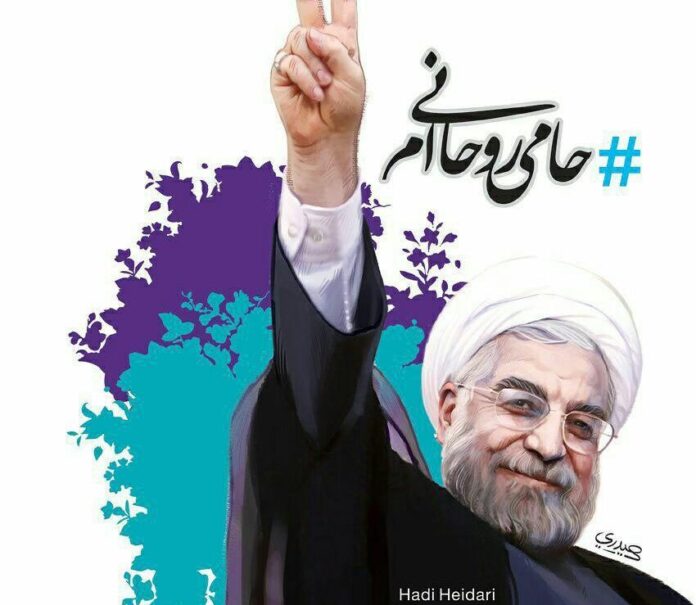 Reformists and conservatives have shown that they both stand against those who seek to create tension in the society.

During the International Quds Day rallies held across Iran on June 23, 2017, a few people tried to create tension by chanting slogans against President Hassan Rouhani, forcing him to leave the demonstrations.

However, their efforts failed thanks to the demonstrators’ objection and strong reaction by the public, media, and political figures.

Less than two dozen of the hundreds of thousands of Tehrani citizens who had participated in Friday’s rallies chanted slogans against the president and drew a comparison between him and the first Iranian president Abulhassan Banisader, who was removed from office in the early years following Iran’s 1979 Islamic Revolution because of incompetence.

The move met objection not only from reformists, but from conservatives as well. Some observers believe those few people who chanted slogans against President Rouhani had misinterpreted the recent remarks by Leader of the Islamic Revolution Ayatollah Seyyed Ali Khamenei who emphasized the need to refrain from polarizing the society and dividing people into two opposing groups, the same mistake that Banisadr made back in 1980. 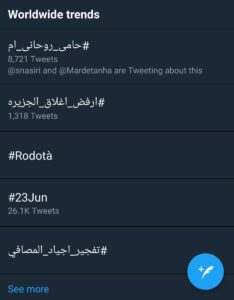 In reaction to the insults, sympathizers of Rouhani expressed their support for the president by launching an online campaign in Twitter. They posted tweets with a Farsi hashtag – “I’m a supporter of Rouhani” – which was widely welcomed, so much so that it turned into the users’ number-one trend on Twitter across the world.

“A few short-sighted people who just inflict costs through their untimely and unwise actions have tarnished the image of real revolutionaries,” it added.

You can read more highlights from Javan’s editorial piece here.

This is not the first time that Leader of the Islamic Revolution Ayatollah Seyyed Ali Khamenei and political activists are seeking to highlight the mistakes that some politicians made in the early years following the Islamic Revolution in order to prevent a repeat of similar incidents. Around 5 years ago during the presidency of Mahmoud Ahmadinejad, the Iranian state TV broadcast a documentary on provocative speeches by Banisadr, and openly criticized the language used by Ahmadinejad and warned him not the repeat the mistakes made by Banisadr.

But how is it that some people chanted slogans against the president-elect on the International Quds Day which symbolizes Iranians’ unity against Israeli crimes?

The answer to this question can also be found in remarks and warnings by the Leader. Over the past few years, he has, time and again, warned against the danger of divisions breaking out among people, and also against insulting officials, particularly the president.

Political commentator and historian Abdollah Shahbazi believes the divisive move by a handful of people on the Quds Day – which coincided with organized efforts by certain institutions and high-profile figures residing in the US to introduce hashtags against the important day – was a war of nerves aimed at undermining Iranians’ unity against foreign enemies, sidelining the Int’l Quds Day and fueling domestic differences.

The Khabar Online News Agency also weighed in on the issue in an opinion piece. The highlights of the article are as follows:

“There is no end in sight to the saga of rogue individuals. Saudi Arabia came under a barrage of international criticism in January 2016 for executing Shiite cleric Sheikh Nimr al-Nimr, who was an opponent of Riyadh. In that incident, the world public opinion denounced the Al Saud regime as a government against human rights. But the tables were turned in a matter of days because a handful of rogue individuals claiming to be protesting Sheikh Nimr’s execution stormed the Saudi embassy in Tehran, set Saudi Arabia’s flag on fire and destroyed parts of the building. The move turned the spotlight on Iran at the international stage.

Two years on since that event, now rogue individuals once again did something that played into the enemy’s hands on the International Quds Day, which symbolizes Muslims’ unity against oppressors.

At a time when, in the eyes of international analysts, Saudi Arabia is gripped by a soft coup and once again the country’s decisions have come under spotlight by the world public opinion, rogue elements deflected attention from Saudi Arabia to Iran. Before hundreds of foreign media outlets and on the Quds Day, which symbolizes unity and integrity, rouge individuals depicted Iran as a country gripped by tension and divisions.

I wish masterminds and planners of such arbitrary moves would answer the question: “Harming the establishment’s international status? At what price?’