Plane with 66 People on Board Crashes in Central Iran 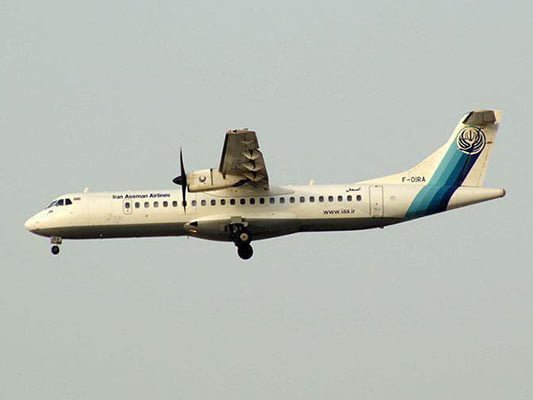 The Aseman Airline’s Tehran-Yasuj flight with 66 people on board has crashed in southern Isfahan province and all the passengers and crew members are confirmed dead.

The 25-year-old ATR plane, which disappeared from radars on Sunday morning 50 minutes after taking off from Mehrabad Airport, crashed into Dena Mountain near Bideh village in the city of Semirom, according to Iranian officials.

Several helicopters have been deployed to search the crash site, and rescue operation is underway. However, the heavy fog in the area does not let the copters land.

While the plane’s wreckage has not been found yet, the Iran Aseman Airline’s Public Relations chief said all the people on board including 60 passengers and 6 crew members were killed.