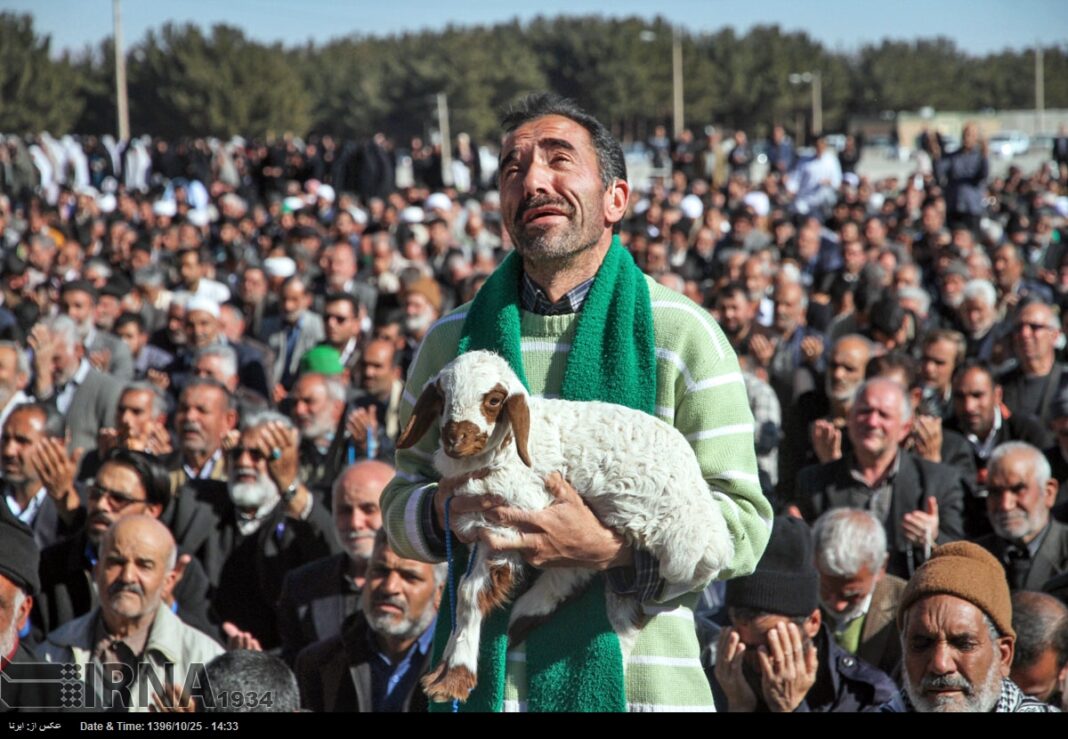 Water shortage in Iran has become so acute that people in some cities have held public prayer sessions for rain. Meanwhile, the photo of a man supplicating for rain has received more attention.

The photo by Mojtaba Gorgi depicts the grief of people in Birjand showing a man hugging a lamb while crying for rain.

In the cities of Birjand in South Khorasan and Zabol in the southeastern Sistan-Baluchestan province religious services have been held in a bid to end the dry spell and ease the strain on Iran’s dwindling water supplies.

According to the photographer, since the old days, it was necessary to separate lambs from their mothers while praying for rain.

“The rationale behind the move is to ask God to show mercy and pour rain for the sake of the innocence of these lambs. So, when I went to the prayers, I saw some people bringing their lambs.” said Gorgi in a Farsi interview with IRNA.

He went on to say that when these animals were separated from the mother, they were making a sound like moaning during the rain prayers.

“On the other hand, people themselves were crying for rain asking for God’s mercy. The man you see in the photo was one of the people who had brought a lamb.”

Gorgi noted that the people of South Khorasan are very religious people, and whenever they have prayed for rain, God has showed them mercy.

He also pointed out that once it started to snow after such prayers; therefore, it has turned into a ritual among the people of Birjand to hold such ceremony once or twice a year.

Photos from Qaen, another city in South Khorasan, and Zabol in Sistan and Baluchestan posted by IRNA also show citizens praying together for rain in the deserts.

South Khorasan is home to many farmers who are being directly affected by the drought and water shortages.

Iran’s Deputy Energy Minister, Rahim Meidani, warned over the weekend that the decline in rainfall is unprecedented in the last 50 years.

Meidani also mentioned that if this continues, the ministry will have problems in the field of power generation from hydroelectric power plants at the summer peak.

Meidani said on January 14 that precipitation was only normal in Ardebil in the northwest and Golestan in the north.

According to Iran’s meteorological organization Iran has experienced a 56-percent decrease in average precipitation over the period from September 23 to December 25 compared to the same period in the long run.

Experts cite a number of factors for the water shortages in Iran, including climate change, and wasteful agriculture practices.

Following you can find the photos of the rituals retrieved from IRNA: