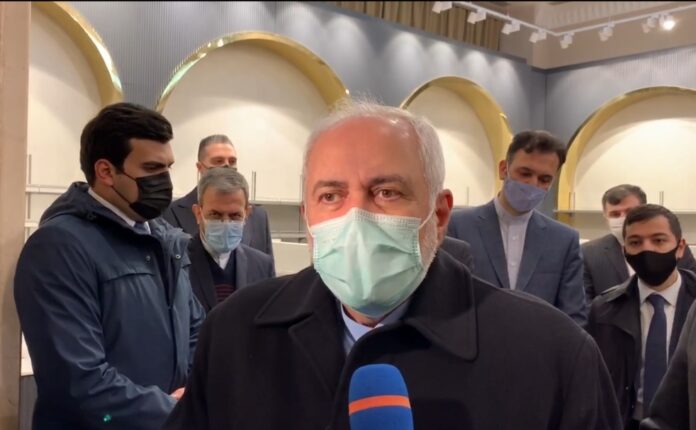 Iranian Foreign Minister Mohammad Javad Zarif, who is on an official trip to the Azerbaijani capital of Baku, says the Persian Gulf region requires dialogue and cooperation.

“We have always welcomed our neighbours in that regard, and will do so in the future,” Zarif told reporters upon arrival in Baku.

He also touched upon his tour of the Caucasus region, which will later take him to Russia, Armenia, Georgia, and Turkey.

Zarif said the trip had been delayed, and that he is very happy to see he has been able to make this visit.

“In addition to Azerbaijan, I will travel to Russia, Armenia and Georgia in the coming days, and probably to Turkey in the middle of next week,” he added.

He underlined the key issue on the agenda of the talks during these visits will be regional cooperation “which is very important to us.”

“Holding consultations on regional cooperation with these countries which have very good and close bilateral ties with the Islamic Republic of Iran is among the most important objectives of this trip,” he said.

The top Iranian diplomat added he will sit down for talks with officials of the Azerbaijan Republic on January 25, 2021 to discuss the reconstruction of the Karabakh region, the status of Karabakh and cooperation in order to preserve the stability of that region.

He said he will also discuss transport issues as well as the completion of the South-North and South-West Transport Corridors during his trip.
Zarif is scheduled to leave Baku for Moscow on the next leg of his whistle-stop regional tour.