PART TWO: Iran’s role in and contribution to the war on terror 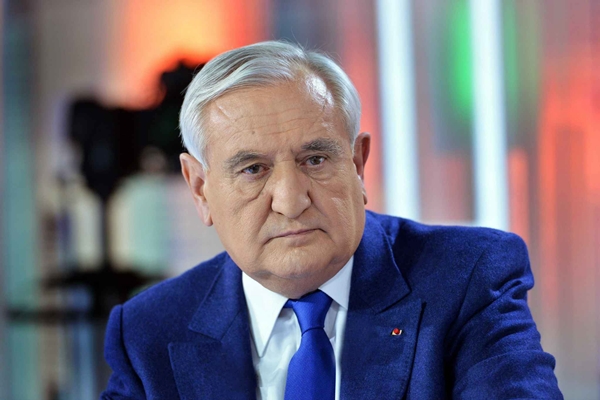 Iran plays an effective role in international efforts to fight terrorism and its presence is a must, said Jean-Pierre Raffarin, a former French premier.

Raffarin was in Tehran in mid-December as part of a French delegation led by President of the French Senate Gerard Larcher. The following is the translation of PART TWO of the interview which focused on the international fight against terrorism and implementation of the Iran nuclear deal:

Q: Where does Iran stand in France’s classification of countries which are supposed to help with the fight on terrorism?

A: We have a positive evaluation of Iran’s role in encountering terrorism under the current circumstances. This is what we have announced in our policies and conveyed it to our Western partners. We know that Iran is a country whose people and officials have repeatedly been attacked by terrorists and have suffered big losses.

We think Iran’s firsthand experience of terrorism over the course of history has helped it develop an appropriate understanding of the threat terrorism poses and, of course, of the need to launch a constant and effective fight against such a phenomenon. Iran has gained good experience in fighting terrorism. It has already been involved in serious confrontation with its domestic terrorists. Iran is now involved in the fight against terrorists in Syria and Iraq in a serious and effective manner.

Iran’s mindset – that the fight on terrorism needs the presence of powerful governments – has started to find its way [into other countries] since several months ago. Now we have come to the conclusion that to effectively combat terrorism, a strong national determination as well as well-coordinated international efforts should be in place.

Given what I’ve already mentioned, not only does Iran play a helpful and effective role in such international efforts, but – as France has realized – its presence is a must.

Q: But there are many Western countries in Europe and North America which do not see eye to eye with you over Iran. They are completely opposed to what you’re saying. What role can France play to help create more effective coordination for the fight on terrorism?

A: France plays its role within the [US-led anti-ISIS] coalition. France welcomed the idea of Iran getting involved in efforts to work out a solution to the Syrian crisis. We [in France] view as our allies all those countries which are involved in the international fight against ISIS, and Iran is for sure one of them.

One of the figures I met with in Iran [in my recent trip] correctly put it this way: Paris terror attacks were a wakeup call. I think it was also a wakeup call for the European Union. Like what we did, they [EU officials] have reviewed their classification of international players that can effectively help the war on terrorism.

The recent developments [which unfolded in Paris] have changed the political landscape in Europe, both at national and international levels. Multiple Paris terror attacks on November 13 helped create a very strong national unity in France. Since then, partisan rivalry is no longer the core issue of foreign policy in France.

As members of the opposition, we started to forge close cooperation both with the government and with other [political] groups. As the chairman of the French Senate Committee for Foreign Affairs, Defense and Military, I was assigned by President Hollande to go on multiple missions.

Q: Does the positive attitude you’re saying currently exists in France have anything to do with the Rouhani administration and its policies?

A: It [the rise to power of President Rouhani] was very much effective. A new Iran [under President Rouhani] displayed – in practice – its strong and renewed determination for helping settle international disputes. We witnessed that diplomatic relations in your country doubled back from the path of political confrontation and walked down the path of dialogue. When Iran shows its determination, we cannot remain indifferent to or ignorant of it.

Since [the 2013] elections in which President Rouhani won the public vote, we knew that we had to get ready for a new chapter in relations based on bilateral and multilateral cooperation. There is no denying the fact that the previous government insisted on highlighting the differences in Iran’s foreign relations.

I believe that we need to give a stronger role to Iran in French diplomacy. French officials, I think, will correctly show their new attitude during Mr. Rouhani’s much-awaited Paris visit.

In short, we need to shore up Iran’s position in French diplomacy for three reasons: First, France and Iran share a common civilizational awareness which is a cultural issue. Second, regional peace will remain elusive in Iran’s absence. And third, a step-by-step diplomatic recognition will lead to broad economic cooperation which will be in the best interests of all [nations].

Q: Let me recall a historic issue from the time the government of President Mohammad Khatami in Iran was pursuing détente with Europe and, to some extent, with the US in its foreign policy. As President Khatami was seeking to promote dialogue in Iran’s international relations, George Bush, the then US president, branded Iran as part of “the axis of evil”, something which came with many consequences. How much did the American stance – which was multiplied in the policies of Western countries, including the Europeans – affect global diplomacy after the Khatami presidency?

A: As you know I was the French prime minister in the [President Jacques] Chirac administration. Back then France was not simply opposed to the US military invasion of Iraq. We also showed opposition to the characterization by Mr. Bush of the world countries as either good or bad.

Let me recall a memory. There was a dinner banquet in the Elysee Palace attended by Messrs. Chirac, Bush, [US Secretary of State Colin] Powell and me. George Bush was speaking about the Palestinian-Israeli war using harsh rhetoric against Hezbollah. Jacques Chirac explained to him that the case was more complicated. Mr. Chirac asked George Bush if he knew that Hezbollah was a political party whose members had been chosen to contest the seats in the national parliament of Lebanon.

He then asked George Bush why as a person who believes in the principles of democracy hewas accusing those who had been democratically elected as members of parliament. As a result, the French president gave a lesson in logic to the US president. I noticed that Powell unhappy with such a lesson, because he himself had already tried to give the president the very lesson but he had failed.

Q: But other Western and European countries finally pursued Bush’s foreign policy. In fact Iran entered an era in which the term “axis of evil” was boosted and was etched in the minds of people.

A: France was opposed to such a view. As you know France was against the US military intervention in the Middle East as well, and if you can remember all of France’s neighbors aligned themselves with the US in its intervention, but France would not. This was not the first time France did so [acted independently]. France is an independent country with its own sovereignty.

At times France has been at odds with the Americans because of its independence and sovereignty. We do not forget the US assistance in the Second World War, but we don’t like to follow in the footsteps of the US or any other country.

In the period you just mentioned, no other powerful, influential country in Europe challenged its allies politically as much France did. Basically we disapproved of the Bush administration’s diplomatic thesis and its attitude toward Iran. We did have some criticisms, but they were independent stances which had no bearings on others.