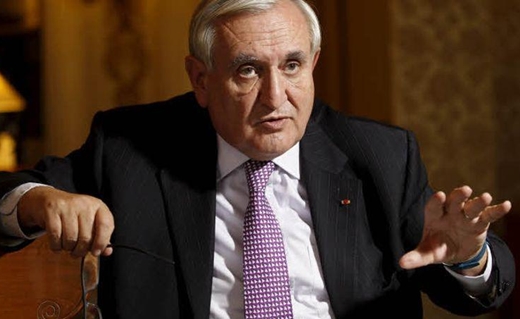 A French Senator has rejected as “unconstructive” a possible breach of the Iran nuclear deal by its signatories, including the United States.

Raffarin was in Tehran in mid-December as part of a French delegation led by President of the French Senate Gerard Larcher. The following is the translation of the final part (PART THREE) of the interview which focused on the international fight against terrorism and implementation of the Iran nuclear deal:

Q: If France holds a positive view of Iran, why is it that Paris took the harshest stance in the final hours of the two key stages of nuclear talks – once in Geneva and another time in Vienna? In those two stages, why did your country adopt a policy which pushed the talks to the brink of a breakdown?

A: France had no intention of taking the talks to the brink of a breakdown and putting an end to the negotiating process. France wanted the two sides to arrive at an agreement which could bring the dispute to an end for good. France was extremely worried that an agreement that lacked substance might be struck, one that could not close the [Iran nuclear] case forever.

The question was how to change Iran’s international position, and such a change is not what you can bring about every six months. France is very happy with the agreement [Iran and P5+1 struck in July] and is certain that the parties to the Iran nuclear deal will keep their end of the bargain.

As far as France is concerned, this [Iran’s nuclear] case is closed. We should honor all commitments under the nuclear deal. This applies to all sides of the deal. We can embark on our new work with regard to Iran’s new international position.

Q: What is that new work?

A: Development of political and economic cooperation. It is what the two sides are very much eager about, both officials in Iran and in France.

Q: As far as the Joint Comprehensive Plan of Action (JCPOA) is concerned, there is one point. Despite your positive view, we see certain developments, especially the new developments in the US, have unfolded to counter Iran. These developments have now created ambiguities in Iran. There are some in the Republican Party who insist on going back on JCPOA in case their nominee wins the 2016 presidential elections. What do you think about such stance? What is France’s policy on this?

A: We view JCPOA as a special international opportunity, a starting point for a number of positive developments. I should stress here that JCPOA will not be revoked. France got involved in the talks simply to help the two sides reach a sustainable agreement.

I do not think a new development will take place in the United States [which can affect the nuclear deal], because it is in the best interests of all nations for Iran to assume its own place and undertake its own responsibilities. Thanks to Iran’s regional power and economic potential, it would serve the interests of all nations to help Iran reclaim the position it seeks and deserves on the world stage. This is the conclusion many countries have come to: this is the position which belongs to Iran.

France will be seriously defending Iran’s efforts to achieve such a position [at the international level] and this is the most important message of Paris to Iranian officials.

As for a US decision to contradict JCPOA, I should say that the Joint Comprehensive Plan of Action is a deal struck by Iran and six countries which represented the international community. I think the requirements of the political situation will eventually bar the US or any other country from going it alone and breaching the nuclear deal. Five powerful countries along with Iran, which had been involved in the talks for two years, will not easily ignore the results of the talks.

I cannot make promises on behalf of the Americans, but I can say on behalf of France that we will remain committed to the deal we have inked and reject as unconstructive any breach of JCPOA.

France distanced itself from the Americans during the US invasion of Iraq and Afghanistan, but our differences with the Americans will widen even more if they violate the nuclear deal. Paris does not follow any other country, including the US, when it comes to the implementation of the Iran nuclear deal.