PART ONE: On the war on terror 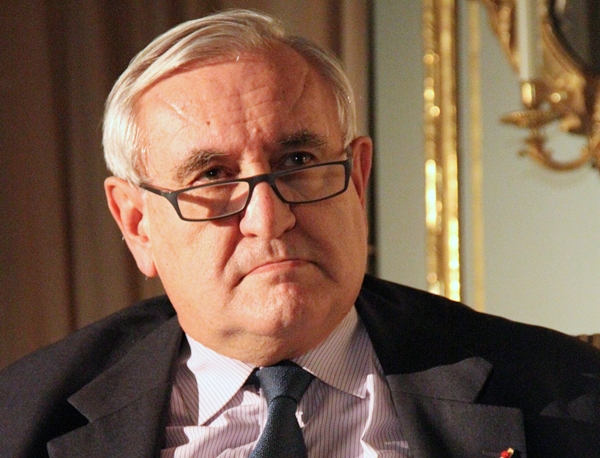 The fight on terrorism goes through one single way: national determination inside countries and multilateral determination on the international stage, said a former French premier.

Raffarin was in Tehran in mid-December as part of a French delegation led by President of the French Senate Gerard Larcher. The following is the translation of PART ONE of the interview which focused on the international fight against terrorism and implementation of the Iran nuclear deal:

Q: How similar, or how different should I say, are what you had in mind about Iran and what you see here in Iran today?

A: The comments of those who have seen Iran first-hand greatly differ from those who have never traveled to the country and simply pass judgment on it from afar. I already knew that a trip of a few days to Iran will change my impression about the country. Naturally political leaders have a sketchy view of countries and, as a politician, I am no exception.

What was shocking for me was the depth of insight and delicacy of assessment by the [Iranian] officials I met with. During my trip, I did not have the opportunity to get into close contact with members of Iranian society, but from the contacts I had with high-ranking political officials, I realized that we had to have a different look at Iran. Thus it would be quite natural to come across differences when establishing contact with Iranian society and its people.

Q: How will such a different look affect your policies? We believe that positive attitudes should show themselves in practice as well.

A: Never can I guarantee an immediate, instantaneous change. I want to give the good news that we will definitely pursue our assessment of Iran today in the form of a practical policy in France. What we are to do relies on how the two countries can maintain the positive atmosphere created between them.

Q: You need to give us the right not to remain indifferent to incorrect judgments which are passed on us from time to time. We are seeking to fairly judge France’s policies in Iran. Let’s go to the second comparison: A relatively calm France at the heart of Europe and a France which has been repeatedly rattled by terror attacks over the past two years and has – on some days – turned into an unsafe place. How different is today’s France which has gained bitter experiences of terrorism from France in the past years?

A: Following these events, France came to realize that the war on terrorism would be a very prolonged war, a war which will spill over into many other geographical places. We learned about the abilities of our enemy and also learned that the enemies – the terrorist groups – are very much powerful and lethal. The lessons we learned prompted us to prioritize our goals. A case in point is [the decision by] President Hollande to appear before parliament and say [the fight on] terrorism is the country’s number one priority.

Q: You talked about the enemy’s abilities and a prolonged war with it. What you are saying evokes the comments US President George Bush made following the 9/11 attacks before the United States got involved in a full-scale war in the Persian Gulf. What does such a resemblance mean? Shall we wait for France to adopt a tactic similar to what the US did 15 years after September 11 attacks in the US?

A: No. This is simply a lexical similarity. France’s assessment [of the situation on the ground] is different from the way the Americans saw things back then. On those days [in the wake of 9/11 attacks] the US had already made up its mind and was seeking to [make its case for war and] build a [global] consensus. But today we say that we need a broad international consensus before we can make the final decision. We are trying to reach a consensus which does not – on the grounds of mutual differences – exclude those who are seeking to wage war on terrorism.

Q: Let’s go back to the comparison between France today and France in the past. Given the experiences you have gained today and the developments which have unfolded in the world, especially in the Middle East and North Africa, do you see any change in your assessment of terrorists, effective methods to take on terrorism and what supports and boosts such methods? Let me be frank, haven’t you already made mistakes in this regard?

A: I’m not sure whether we made a mistake. I do not insist that all we did was correct, because we lack an accurate judgment now. What I can say is that we [in France] deepened our analysis of this phenomenon [terrorism] following the developments which unfolded [in France and across the world].

Q: For over 30 years Iran has been grappling with terrorism one way or another. We lost a large number of citizens and officials because of terrorism in the early years after the victory of the Islamic Revolution. Back then a terror group, Mojahedin Khalgh Organization (MKO) which claimed responsibility for a number of terrorist attacks in Iran was given shelter by the French government, and your country turned into the base for the group’s main leaders in Europe. Paris has lent political and legal support to this group on many occasions. Where do you stand on such a decision [which was made years ago]?

A: This is the question which came up for discussion in our official meetings during this trip. It was also raised and pursued by Iranian officials in the previous years when I was in charge in the French government. I think there were days when the fight against terrorism was not like what it is like today.

In other words, in those days each country would counter its own terrorists and terrorism was more of an internal [within-national-borders] phenomenon. A case in point is France itself which was hit by terror attacks when the war in Algeria was raging on.

But today we are facing a multilateral and trans-border aspect of terrorism and suffer its dire consequences. Today the question of terrorism is not simply about one country; rather, it involves a number of countries and regions across the world. I think the front-and-center mentality in France suggests that all those countries which honestly fight such a phenomenon should join hands and improve coordination within their ranks.

It comes as there are still a number of countries which are believed to be partners of terrorists. The fight on terrorism goes through one single way: national determination inside countries and multilateral determination on the part of [all] countries.