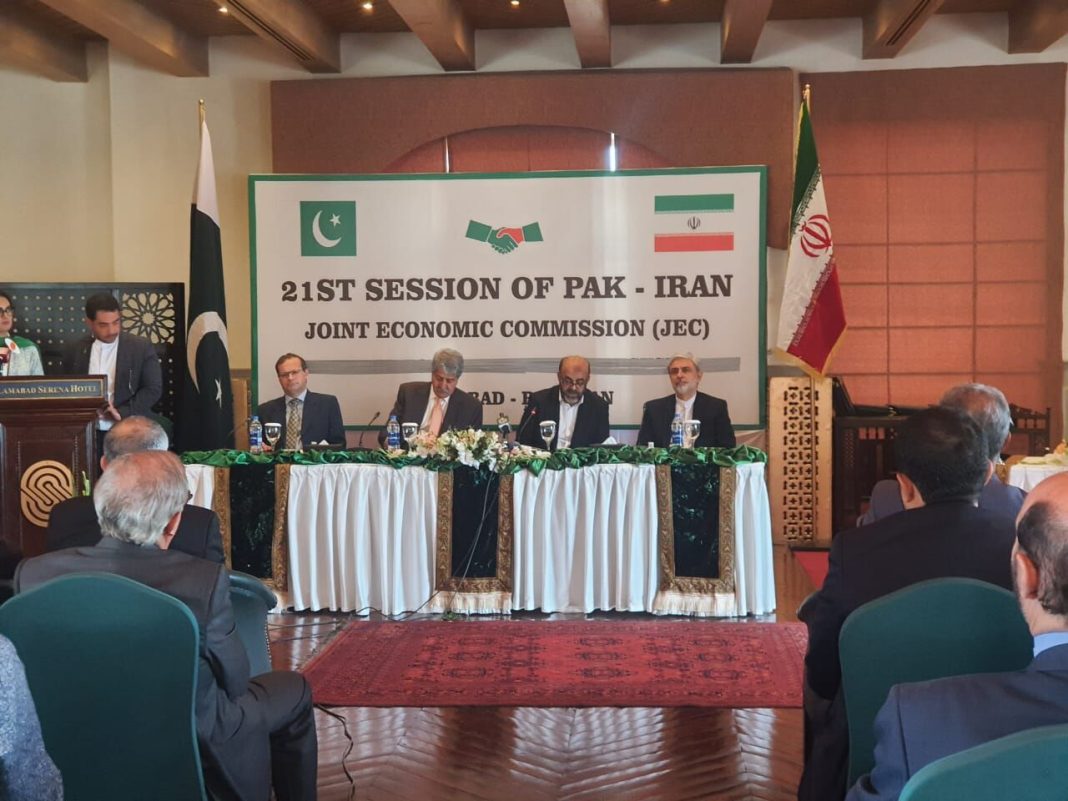 Iran and Pakistan are expected to sign a free trade agreement (FTA) within the next six months, a senior Pakistani government official has said.

Pakistan’s Minister for Commerce Naveed Qamar stated on Thursday that Pakistan and Iran will in the next few months give a final shape to an FTA that aims to promote the value of bilateral trade between the two neighbors to up to $4 billion per year.

Iran and Pakistan are currently on a preferential trade arrangement under which the two countries have sought to reduce some trade barriers and tariffs.

Qamar was quoted as saying by the Associated Press of Pakistan that Islamabad and Tehran will, in the meantime, exchange trade lists for various sectors of their economies while trying to further reduce tariffs on exports and imports to reach a reasonable framework for signing an FTA.

The minister made the comments while attending the 21st Session of Pak-Iran Joint Economic Commission (JEC) in Islamabad where Iran’s Minister for Roads and Urban Development Rostam Ghasemi was also attending.

Qassemi leads a senior delegation of Iranian government officials and business representatives during his trip to Pakistan.

The minister noted on Wednesday that the decision by Iran and Pakistan to hold the JEC meeting after a five-year hiatus showed the two countries were determined to boost their economic ties.

The APP reported Iran and Pakistan signed four major cooperation documents during the JEC meeting in Islamabad on Thursday. The agreements will cover cooperation between the two countries on maritime issues as well as on media, tourism and ties between their national museums.