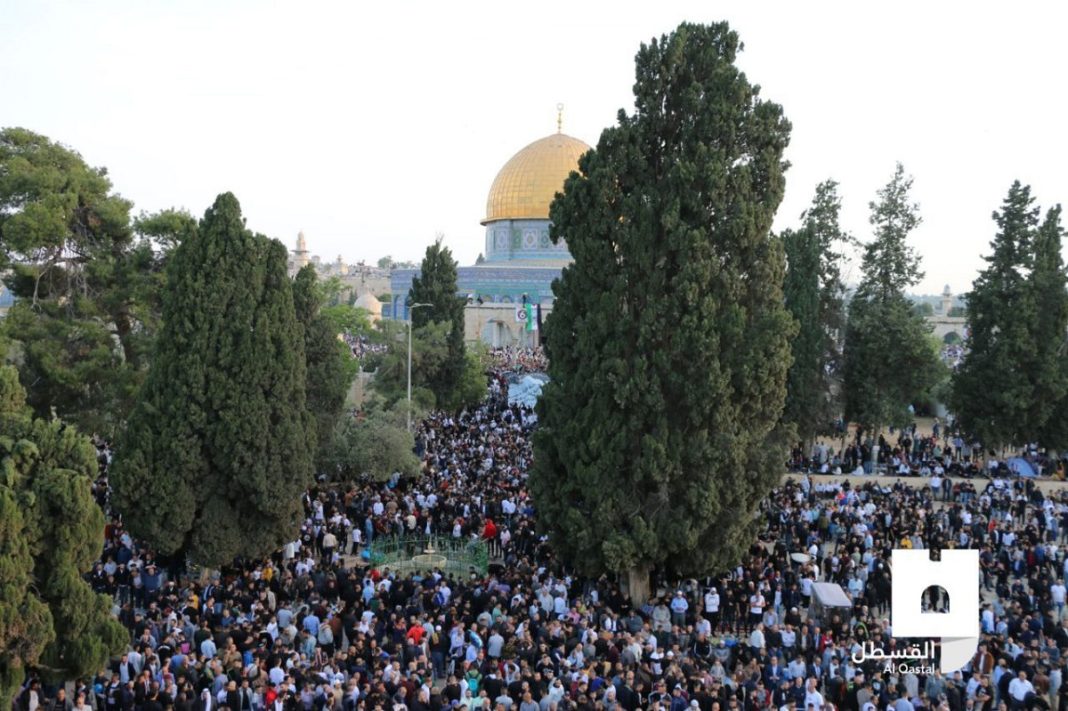 More than 200,000 worshipers performed the Eid al-Fitr prayers at the al-Aqsa Mosque compound in the Israeli-occupied Old City of al-Quds on Monday morning.

Millions of people in more than a dozen Muslim countries are celebrating Eid al-Fitr at the end of the holy month of Ramadan after the new moon of the lunar calendar month of Shawwal was sighted on Sunday night.

Muslim worshipers who had fasted for a month took part in Eid prayers in Turkey, Yemen, Syria, Palestine, most Persian Gulf Arab kingdoms, and countries in North Africa on the morning of the festive occasion.

Over the past two years, the outbreak of the coronavirus had forced many worshipers to perform the Eid prayers at home or observe strict health protocols in mosques.

Hundreds of Muslims gathered in Saudi Arabia’s holy cities of Mecca and Medina to perform the Eid al-Fitr prayers in the early hours of Monday morning.

Moreover, Muslims welcomed Eid al-Fitr in Indonesia with a return to festivities to mark the end of the holy fasting month of Ramadan, after two years of muted celebrations due to the COVID-19 pandemic.

Aside from lifting the ban on mass gatherings, the Indonesian government has eased the pandemic restrictions for this year’s festivities to allow people to hold congregational prayers and visit family, friends, and relatives in the world’s largest Muslim majority country, while still adhering to the health protocols.

In the capital Jakarta, hundreds of thousands of Muslims crowded Istiqlal Grand Mosque, the largest mosque in the country, to attend Eid prayers.

Elsewhere in the Israeli-occupied Old City of al-Quds, more than 200,000 worshipers performed the Eid al-Fitr prayers at the al-Aqsa Mosque compound on Monday morning.

After the prayers ended, the worshipers listened to a sermon by al-Aqsa Mosque preacher Sheikh Muhammad Salim, who underscored the need for constant presence at al-Aqsa Mosque in order to thwart the suspicious and dangerous schemes that the occupying Israeli regime is seeking to impose on the holy site.

Sheikh Salim stressed that al-Aqsa Mosque is a red line, and that Palestinians, as well as Muslims worldwide, will not allow its desecration.

Large crowds of worshipers exchanged congratulations, and others distributed sweets and gave toys to children in the courtyard of the Dome of the Rock. 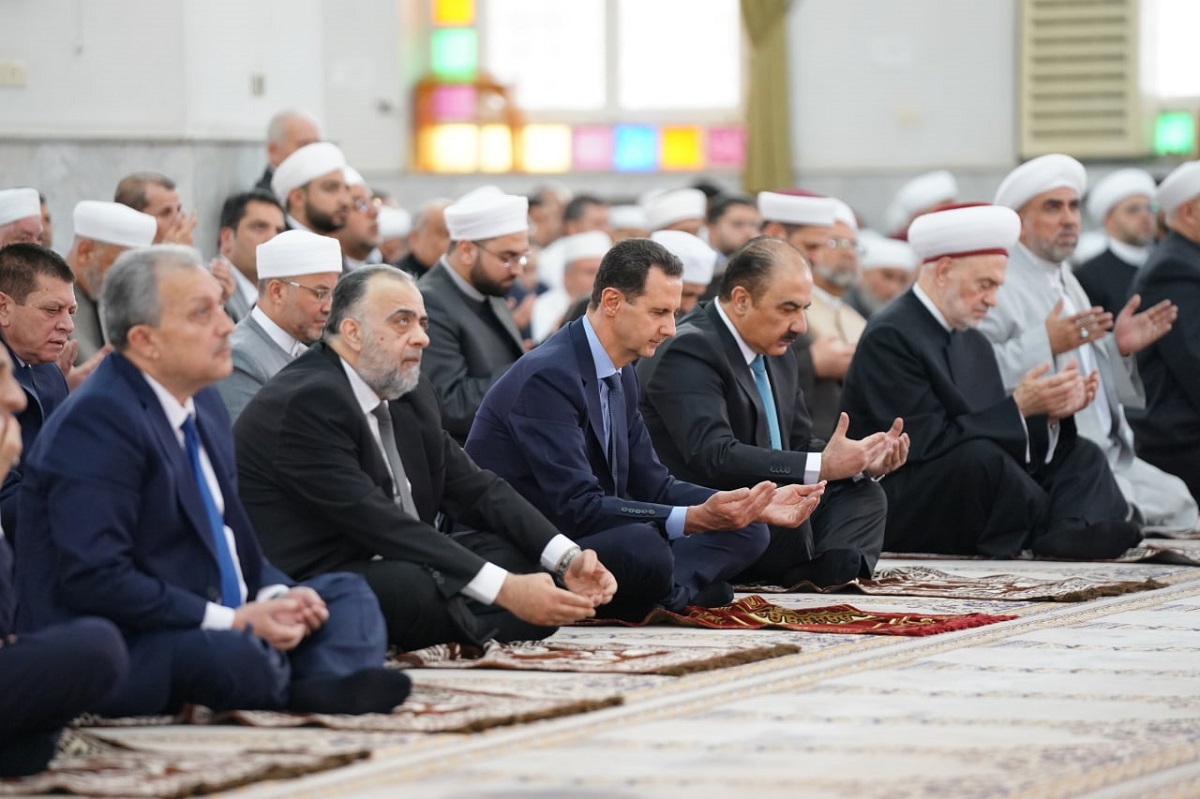 The service took place at al-Hassan Mosque in Midan neighborhood of the capital Damascus.

Those attending the service were government officials, members of the People’s Assembly, clergymen, and ordinary people.

They observed the Eid al Fitr ritual, repeating after Sheikh Mohammad Bashar Turkmani, who led the crowd of several hundred in prayer.

Sheikh Turkmani stressed that Eid al-Fitr conveys the noble message of tolerance and unity, adding that the auspicious event is being marked amid Israeli forces’ attacks across the occupied Palestinian territories and frequent desecrations of Muslim and Christian sites, particularly the al-Aqsa Mosque compound and the Church of the Holy Sepulchre. Meanwhile, several countries, including Afghanistan and Mali, marked Eid al-Fitr on Sunday.

Muslims in other Islamic countries like Iran and Iraq are expected to mark the occasion with nationwide mass prayers on Tuesday.