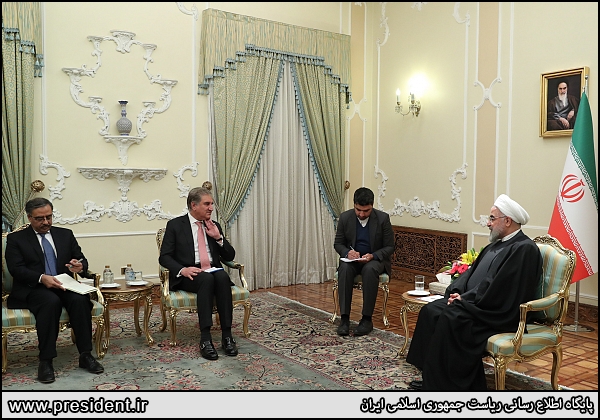 The Iranian president has called for closer cooperation among countries in the Middle East to ensure peace and stability, and ease tensions in the region.

Hassan Rouhani told visiting Pakistani Foreign Minister Shah Mehmood Qureshi that the current situation in the region is very sensitive, adding the outbreak of war and tensions in the region can be “very dangerous.”

“Relations with Pakistan are of utmost importance to Iran, and we attach great significance to the promotion of relations with this country,” he said.

“Borders of Iran and Pakistan should be borders of peace and friendship, and we should not allow some groupings to make our borders insecure,” the Iranian president said.

He urged all countries to categorically condemn the United States’ state terrorism.