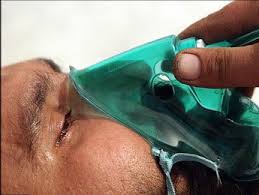 Iranian Deputy Foreign Minister for Legal and International Affairs Mohsen Baharvand has met with Fernando Arias, the director-general of the Organisation for the Prohibition of Chemical Weapons (OPCW).

The meeting was held on the sidelines of the 25th annual Conference of the OPCW States Parties.

During their discussions, the two sides exchanged views on ways of enhancing cooperation between Iran and the OPCW.

In the meeting, the Iranian diplomat underlined the importance of the full, effective and non-discriminatory implementation of all provisions of the Chemical Weapons Convention.

He said it is incumbent upon member states to live up to their obligations under the convention regarding the exchange of chemical materials and equipment for peaceful purposes.

Baharvand further stressed the importance of removing trade barriers between member states and not imposing economic sanctions on one another.

He reiterated that Iran has been the main victim of chemical arms in the contemporary era.

“Although more than three decades have passed since the bitter experience of chemical weapons being used by the regime of [former Iraqi dictator] Saddam Hussein against Iranian military troops as well as civilians and even Iraqis themselves, still this harrowing memory cannot be forgotten as those injured in the chemical attacks are still suffering, especially at a time when they have numerous problems gaining full access to drugs and medical equipment due to unilateral and cruel sanctions,” said the Iranian official.

“Iran condemns the use of chemical weapons in any part of the world and under any circumstances, and, at the same time, respects the ideals of the Chemical Weapons Convention,” Baharvand added.

“Undoubtedly, it is not possible to have a world free from chemical arms without completely destroying chemical weapons arsenals,” he noted.

He expressed hope the United States, as the only country to officially possess chemical weapons, will make good on its commitments and destroy its chemical arms as soon as possible under the full supervision of the OPCW.

He called on the OPCW director-general to keep using his good offices to make it possible for Iranians wounded in chemical attacks to gain full access to all medicines and equipment required, and to neutralise cruel sanctions imposed in that domain.

Baharvand then called on the OPCW to maintain its technical and expertise-oriented nature , and warned certain countries against using OPCW mechanisms for political gain.