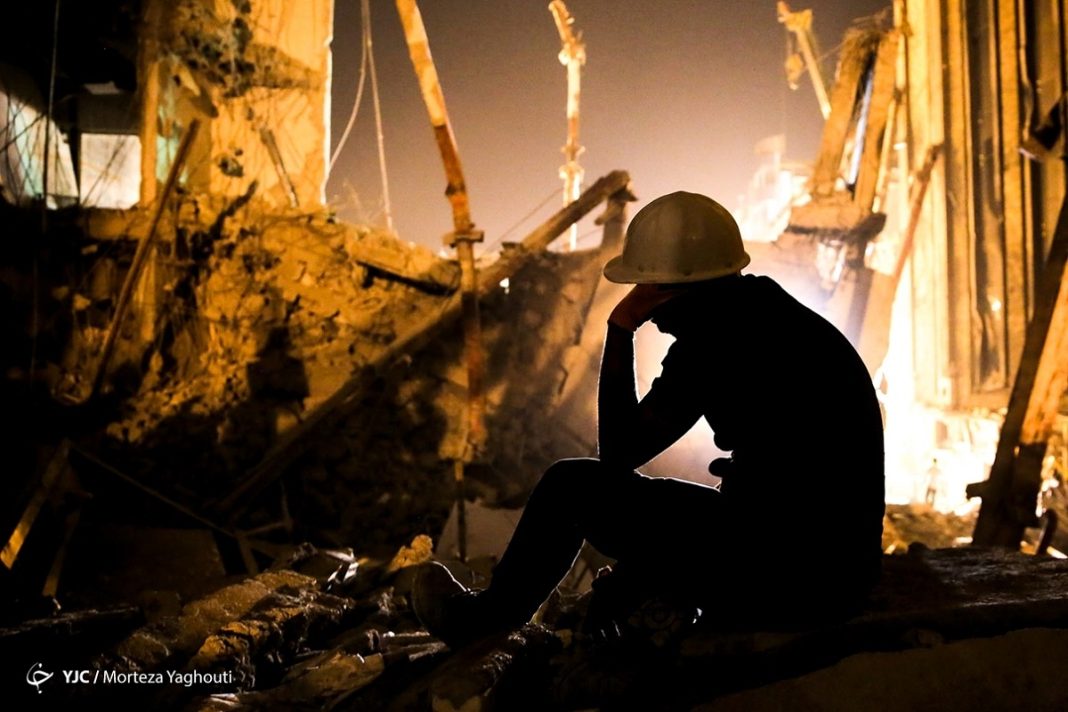 Rescue teams sifted through the debris of a building collapse in southwestern Iranian city of Abadan and pulled one more survivor from under the rubble late on Tuesday, while the death toll from the incident rose to 16.

Rescue operation is still ongoing as more than 50 are feared to have been trapped under the rubble of the ten-storey Metropol commercial building that collapsed on Monday.

The bodies of the recently constructed building’s owner and its general contractor were identified among the dead by the next of kin, according to Sadegh Jafari Chegeni, the general prosecutor of Khouzestan Province in southern Iran.

Initially, authorities reported that the two had been arrested.

Chegeni told Iran’s IRIB news agency that those responsible for the incident will be brought to justice, adding, “Eleven people, including the current mayor of Abadan as well as three former mayors have been detained.”

As families of the victims are desperate for answers, the Iranian vice president has tasked a three-man team with preparing a detailed report on the incident.