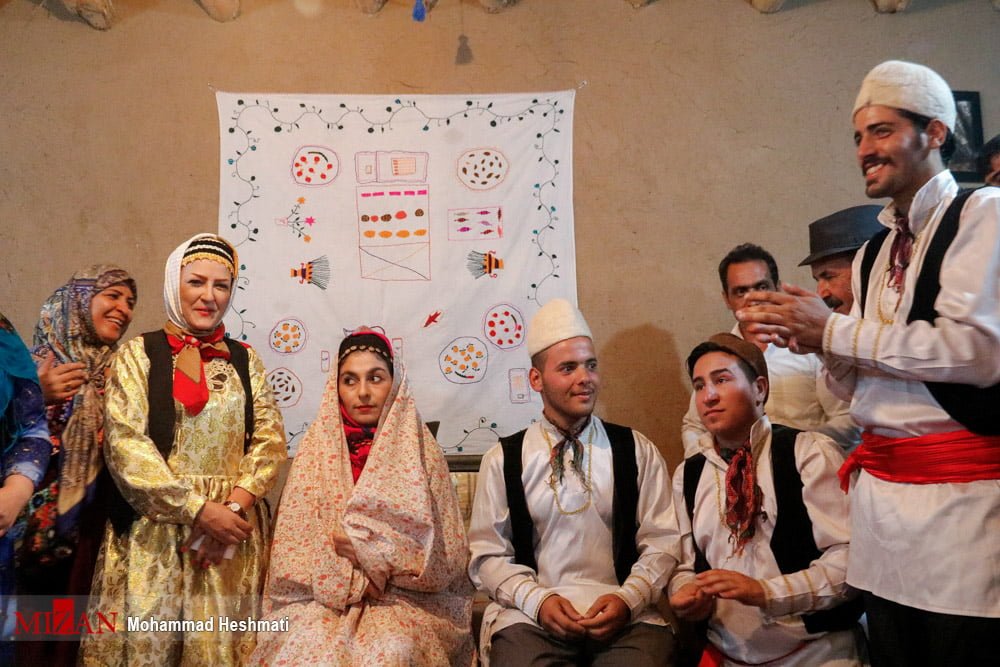 Kalat, a county near the city of Sabzevar, has its old history and customs, including special traditions for weddings.

Wedding ceremonies in Kalat traditionally take three days; however, today some of the old customs are no longer performed.

The first night of the wedding ceremony is called “consultations night” in which the bridegroom’s relatives come together to assign works.

The second night is the hana-bandan, where local musicians perform music and dance, and bring henna to the bride’s house. The bride and groom’s best men dye their hands with henna.

The wedding ceremony is held on the third day. The bride rides a mare while a four or five-year-old boy walks before them. This is to wish their first child would be a boy.

The bride stands near the groom’s house, and the bridegroom, who rides on his own horse throws a pomegranate, or dances with a pomegranate in his hand and then gives it to the bride.

What follows are photos of the ceremony retrieved from Mizan Online: