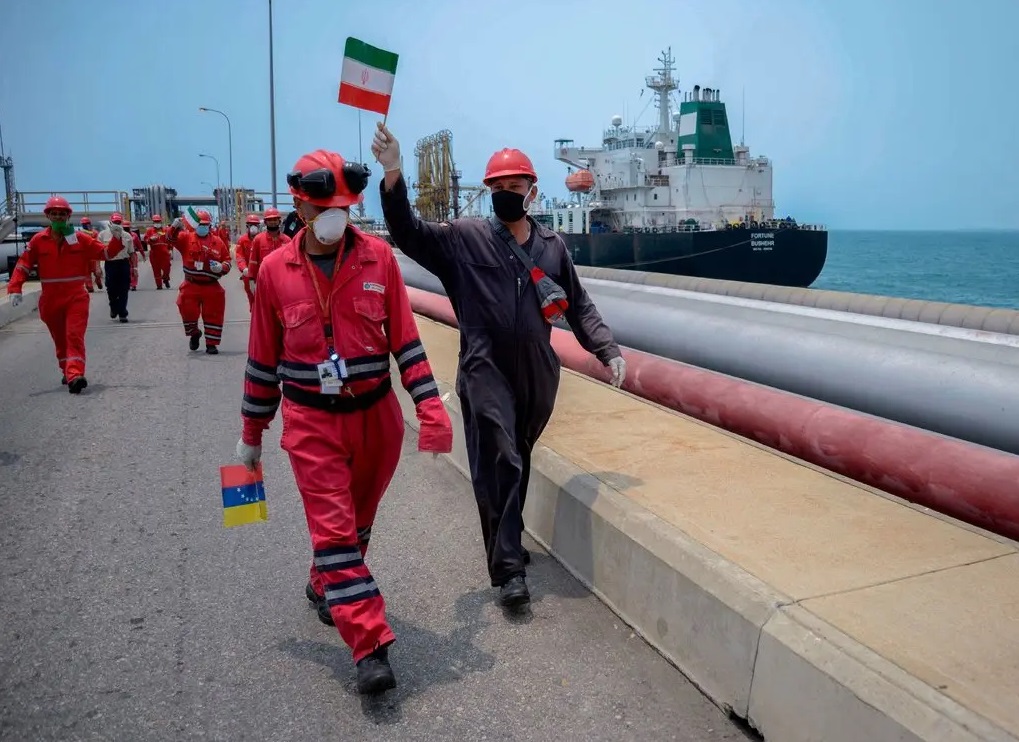 The oil ministers of Iran and Venezuela hold talks on ways to further expand bilateral energy cooperation, despite the tough American sanctions against both oil-producing nations.

In a phone conversation, Iranian Oil Minister Javad Owji and his Venezuelan opposite number, Tareck El Aissami, discussed bilateral energy ties and the latest developments in the global energy market.

Iran and Venezuela have reinforced their economic and energy ties in recent years as part of a campaign against the American sanctions designed to weaken their economies.

Owji traveled to Venezuela in May on an official visit, during which the two states signed agreements on cooperation in a variety of areas such as development of oil and gas fields, renovation of refineries and utilization of refinery capacities, training of manpower, and joint efforts in gas and petrochemical industries, among other things.

A few months later in October, Iran started a crude oil refining process at a rate of 100,000 barrels per day (bpd) at the El Palito refinery in Venezuela.

Venezuela has been trading several commodities such as heavy oil for Iranian condensate, gasoline, refinery parts and technical assistance.