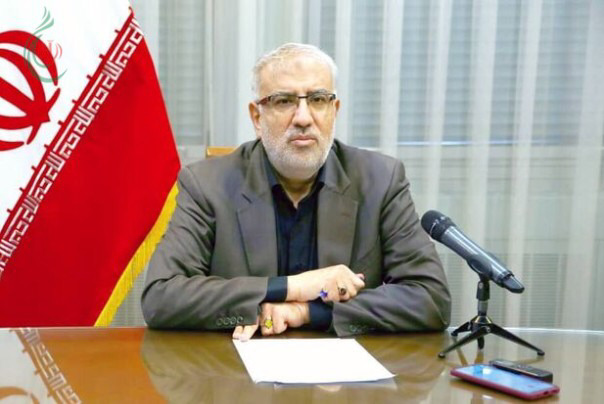 Iranian Oil Minister Javad Owji on Saturday said Tehran and Moscow have held talks on bilateral cooperation in different areas of the economic sector, promising good news on the two countries’ cooperation in the energy sector.

Talking to reporters, Owji said Iran’s Oil Ministry has been elected as the head of Iran-Russia Joint Chamber.

The minister added the negotiations on a Russian energy project are underway and the details will come out when the talks yield results.

Russian Energy Minister Nikolai Shulginov has earlier praised Tehran-Moscow ties, expressing hope that the two countries would take steps toward the expansion of relations, particularly in the economy sector.

“Moscow is keen to boost ties with Tehran and hopes that the two sides will boost bilateral relations in an effort to jointly counter the West’s sanctions.”, the  minister said.

Shifting to the recent talks with Turkmenistan, Owji said, the two sides signed good memorandums of understanding on the export of technical and engineering services, oil products, and crude oil last week, expressing hope the related contracts would be inked and implemented soon.

He also elaborated on the export of Iran’s gas to Turkey and said, “The two neighboring states’ gas contract will expire in 2026 and a delegation from the Turkish company, BOTAS, is scheduled to discuss it with a delegation of the National Iranian Gas Company (NIGC) this week.”

In the meantime, Owji said Tehran and Muscat are also holding talks on exporting gas, in particular liquefied natural gas (LNG), to Oman.