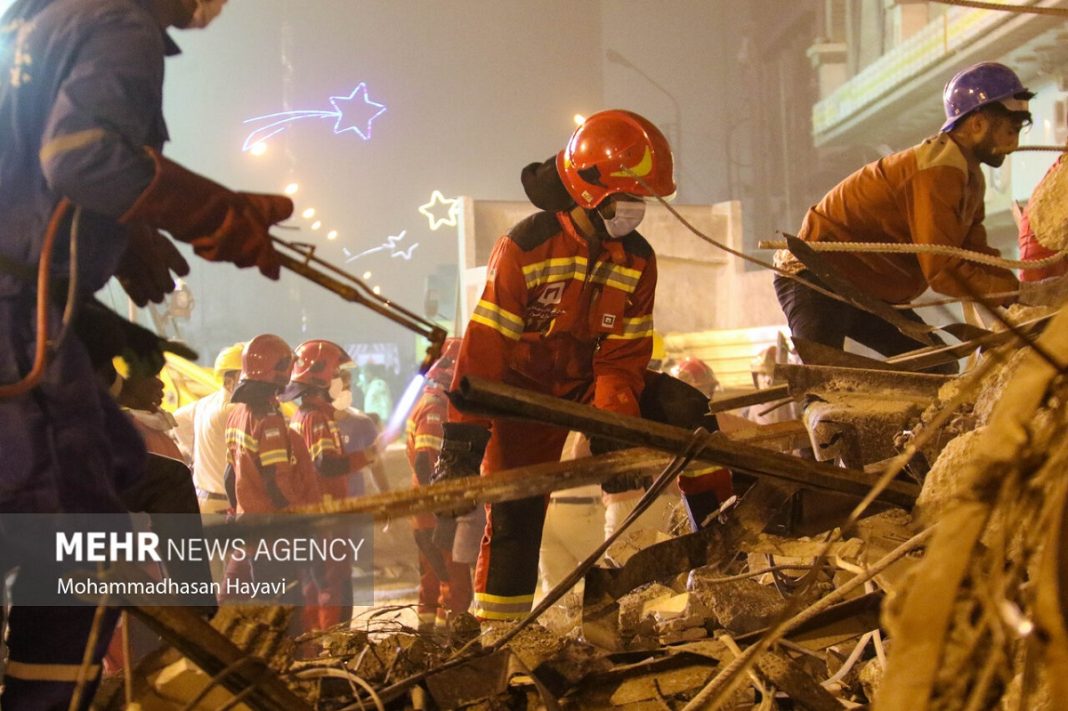 The number of the dead from a building collapse incident in southern Iran has risen to 10, officials say, with 30 others so far hospitalized for their injuries.

Governor of Abadan, in Khuzestan Province, Eshan Abbaspour told IRNA the 30 injured were among those listed as missing and were drawn from under the rubble alive.

Officials have so far confirmed a total 39 injured in the incident.

Meanwhile, the general and revolutionary prosecutor of Khouzestan Province says the owner of the collapsed building, who was on the wanted list, is among those who have lost their lives in the incident.

Sadegh Chegeni says so far 10 people have been detained in connection with the building collapse incident. These, he said include, Abadan’s current mayor and two previous mayors as well as a number of municipality employees tasked with the supervision of the project.

Chegeni says arrest warrants have also been issued for a number of other people.

An under-construction 10-story building collapsed in the city of Abadan on Monday. The cause of the accident is not yet clear.

A spokesman for Iran’s Emergency Services Organization says local sources put the number of people trapped under the rubble at 80, but the exact number is not clear yet.

Rescue workers are now trying to get through the rubble from three directions and are using rescue dogs to locate possible survivors.

The Metropol building is an office and commercial building on Abadan’s Amir Street surrounded by residential houses.