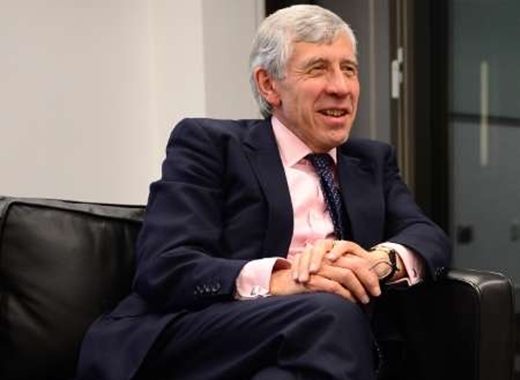 The majority of political figures in the UK favor an agreement with Iran and are not sensitive about the terminology used in the documents, said Jack Straw.

In an exclusive interview with IRNA, he evaluated as positive the present conditions for signing a nuclear agreement between Iran and P5+1 and said the UK will welcome an agreement.

Stressing Iranˈs right for peaceful nuclear technology, he said the majority of political figures in the UK administration favored an agreement with Iran and are not sensitive about the terminology used in the documents.

He said it would be wise even to get to a solid though temporary agreement with Iran if a final one is impossible to achieve.

Straw who represents Blackburn in the parliament for the Labor Party further commented on the reopening of the British Embassy in Iran.

He referred to the issue of the consignments Britain is sending for its embassy in Tehran and the situation of a number of Iranian nationals in the UK who lack any legal permits as two topics which have to be settled by the two countries.

The British politician noted that many people in the UK are aware of the way Iranians feel towards the Great Britain because of its history in Iran.

He further termed the recent letter of the Iranian Supreme Leader addressed to Western youth as very timely and important.

As the member of Iran Friendship Group in the British Parliament, he said a parliamentary delegation is scheduled to visit Iran by mid-March 2015.