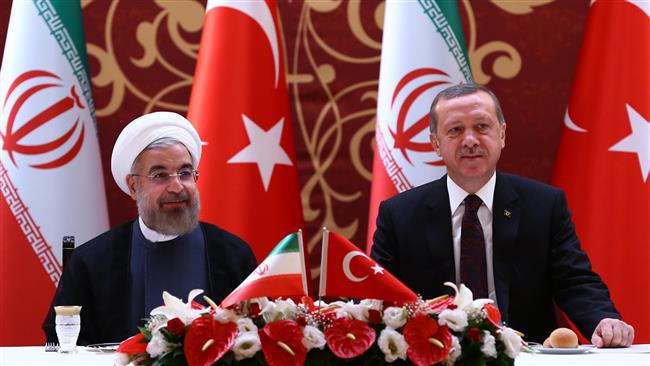 Iranian President Hassan Rouhani says the conclusion of Iran’s nuclear talks with world powers would contribute to the promotion of Tehran-Ankara ties.

“This agreement will have an effect on Iran’s relations with its neighbors, especially Turkey,” Rouhani said in a telephone conversation with his Turkish counterpart Recep Tayyip Erdogan on Thursday night.

On July 14, Iran and the P5+1 group — the United States, Britain, France, China, Russia and Germany — reached a conclusion on the Joint Comprehensive Plan of Action (JCPOA) in the Austrian capital city of Vienna following 18 days of talks over Tehran’s nuclear program.

Based on the nuclear conclusion, limits will be put on Iran’s nuclear activities in exchange for the removal of sanctions, including all economic and financial bans, against the Islamic Republic.

The UN Security Council is now expected to vote on the conclusion on Monday, according to diplomats.

Rouhani also said that Iran-Turkey cooperation could result in “win-win solutions” to ongoing conflicts in the Middle East region.

He also underlined the need for Iran-Turkey cooperation to uproot terrorism which is threatening the stability of the regional countries.

Erdogan, for his part, hailed the conclusion of Iran’s nuclear talks and expressed his country’s readiness to cooperate with Iran on regional issues.

He also called for further promotion of ties between Iran and Turkey.