Nowruz in Iran: Traditions of welcoming the spring among Kurmanji Kurds 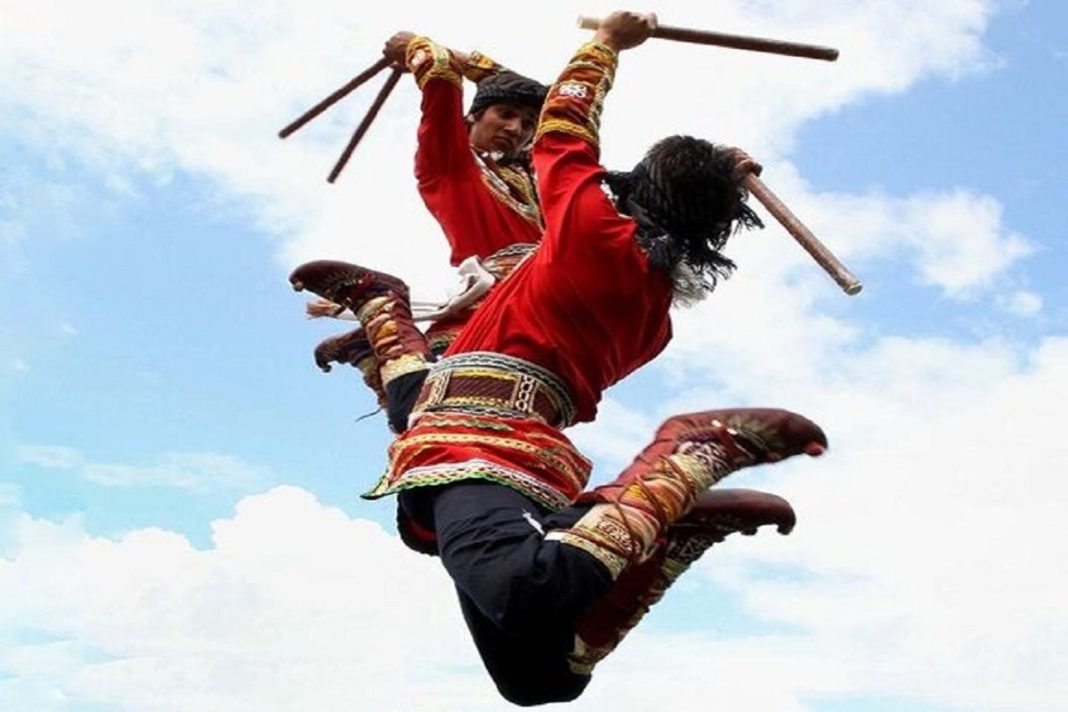 An expert on the rituals practiced by the Kurmanji Kurds says Cheleh Chov (Kurdish for “the 40th day of winter is over”) and Axer Charshembi (Kurdish for “the last Wednesday”) are among the transition feasts that have been long held by the Kurdish community of Khorasan Province in Iran for the purpose of leaving the old year behind and beginning a new year and season of working and effort.

Goli Shadkam added that given the significance of spring and Nowruz for the Kurdish people of Khorasan, this ceremony is observed between Minor Cheleh (end of Bahman) and spring.

The expert of the rituals of the Kurmanji Kurds also said in the past when harsh and long winters stuck the northern parts of Khorasan, people would hold feasts to mark the end of the cold and frosty period and the beginning of the spring.

Lighting fires: A key ritual of welcoming the spring

Shadkam said one of the most important rituals of this evening is lighting a fire and throwing fireballs into the air. To do this, as the dusk nears, people make one or three piles of firewood pieces separately, set them on fire and then jump over the fire. Throwing fireballs into the air is a longtime ritual among the Kurdish people of Khorasan. To do this, balls of felt or cloth the size of an orange are put in oil. On the eve of the feast and when the dark falls, the balls are set on fire and thrown into the air. When the fireballs fall on the ground, they again pick them up and throw them up in the air.

According to Shadkam, given the importance of the feast of Cheleh Chov and also the fact that this feast is alive and is being held in different Kurdish parts of Khorasan, the Cheleh Chov feats and its rituals were registered nationally as a spiritual heritage of Iranians.

The expert also spoke about other rituals of the Kurmanji Kurds to welcome spring. Among others, she mentioned lighting and jumping over fires, cooking seven-color aash, tossing beads in water and fortune telling, throwing fireballs up in the air, eavesdropping, breaking jars, and throwing spoons and eggs.

Shadkam added that tossing beads in water is another important ritual among nomads which has a special place in their culture given their beliefs. To perform this ritual, people of Boneh (a form of rural assistance group) gather in a black tent. They fill a porcelain bowl or teapot with water. The teapot’s mouth should be big enough for a child to move its hand in it. Then each person, with a clear intention, tosses a bead in the teapot or bowl. Each bead has a different color and form so that the one who tossed it can be identified. Once all the beads are in the water, a cloth is thrown on the teapot and a kid placed next to it. The next step has each one of the people starting to sing a three-part song, and then the child puts his hand in the teapot and randomly takes out a bead. Once the one who threw the bead and sang the song is identified, an interpretation will be given by the elderly in the tent. This continues until the last bead is taken out of the teapot so that everyone can get the answer to their intention. This ritual is still being performed because of the strong belief of the nomads.

Shadkam also explained the ritual of eavesdropping. She said eavesdropping is also used to foretell and interpret the events of the new year or the events of someone’s life on the whole. Hence, the person stands next to the entrance of the black tent or the door of the house of a relative or neighbor and overhears unbeknownst to the landlord. Then, before approaching the house or the tent, the person closes his ears and then for a moment he removes his hands and hears a sentence or a word, and then he leaves the place and gets what was heard interpreted based on the sentence or the word. For example, if the person hears someone say “the herd has grazed”, it is construed as a sign of prosperity in the new year, or if he hears his say “the flour is finished”, it is interpreted as a sign that in the new year people will face shortages and hardships. Due to the importance of this belief among the Kurds in northern Khorasan, people try to avoid saying negative and discouraging things this evening and instead they make positive and hopeful remarks so that if it is overheard, it will have a positive effect on folks.

The expert on the rituals of Kermanji Kurds said these feasts have been making the Kurdish community of Khorasan prepared to leave the old year behind and to start a new season of work. The festivities not only create happiness and joy in society, but also increase social cohesion and solidarity and have a positive effect on the growth and formation of ethnic and national identity among the younger generation.