Northwestern Iran; A Paradise for Off-Roaders 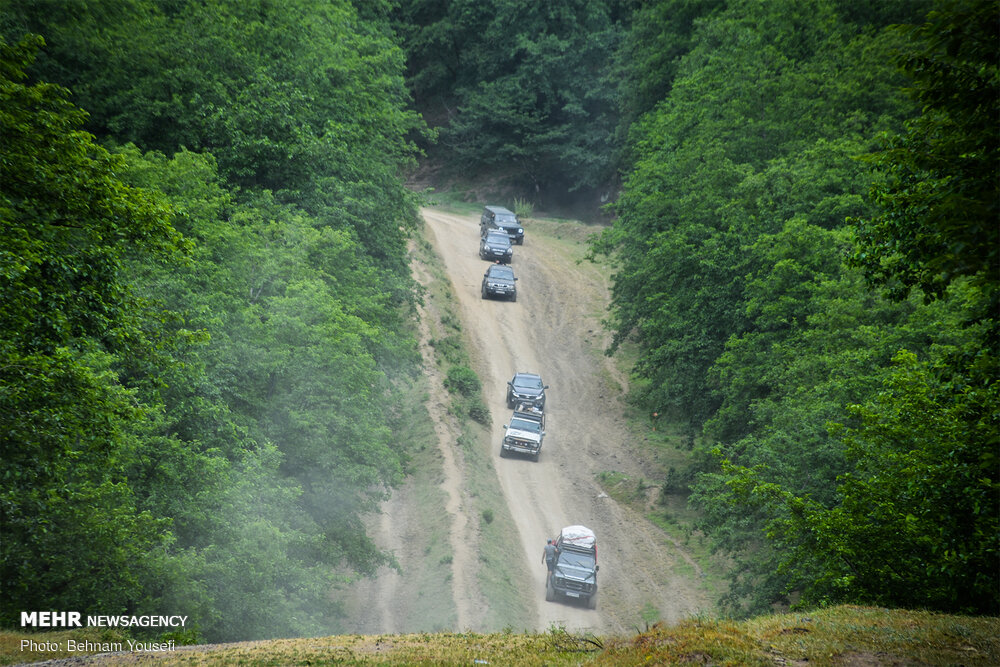 The mountainous nature in northwestern Iran, especially those located between Ardabil and Gilan provinces, has turned the region into one of the best places for lovers of off-road routes, especially mountain bikers.

The beautiful region of Fandoqloo in Ardabil province annually attracts thousands of tourists, especially off-road drivers, as it is home to one of the most pristine forests of Iran. It is located between the three cities of Ardabil, Namin and Astara in the northwest of Iran.

The Fandoqloo Forest is also located on the eastern edge of the city which is an attractive environment for tourists.

One kilometre away from the city you can find one of the branches of the Aji Chai River which is a seasonal river. This region like many others in Iran has a high capacity for off-roaders due to the existence of different types of natural attractions.

In Iran, tourists can find mountains, rivers as well as deserts and even forests. However, people cannot drive to some of these regions because of the dangers. Though, the mountainous nature of this region between Ardabil and Gilan provinces has turned it to one of the best places for lovers of off-road routes, especially mountain bikers.

Located in the same region, Lavandevil Forest is one of the most beautiful attractions near the city of Astara. Lavandevil consists of three parts: plains, foothills and mountains, and this diversity attracts many tourists every year for sightseeing.

This forest is one of the most untouched ones in Gilan, with a lot of plum, pear, walnut, wild apple and hazelnut trees in its heart.

Tourists can enjoy the beauties of this region in almost nine months of the year.
What follows are photos of these attractions: