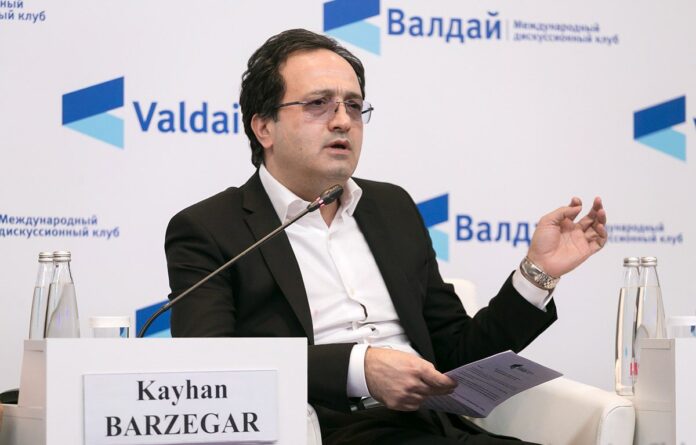 A senior political analyst says the conclusion of a non-aggression treaty between Iran and Persian Gulf countries will ensure regional security and serve Iran’s interests.

In his recent trip to Iraq, Iran’s Foreign Minister Mohammad Javad Zarif put forward the idea of signing a “non-aggression pact” between Persian Gulf countries. In addition to the several advantages of implementing such a plan, such as confidence-building, easing tensions and enhancing a mutual sense of security, there is one benefit which is more significant and that is that this initiative could diminish an extensive arms race as the result of the “weapons accumulation” in this region, which could have long-term precarious consequences for the security of all the regional countries.

Kayhan Barzegar, an expert in international relations and the director of the Centre for Middle East Strategic Studies in Tehran has, in a memo, elaborated on the benefits of a “non-aggression pact” initiative. Excerpts from his memo follow as reported by Tabnak Persian news website:

In the first glance, proposing such a plan at this certain time may be regarded as a move to counter US military threats and create rifts within the so-called “Team B” anti-Iran coalition. However, pursuing this policy has a long history in Iran’s foreign policy understanding as the country pays due attention to the “integrity” of regional security and Tehran’s natural tendency to prioritizing increased and comprehensive relations with the “neighborhood region.” This initiative is somehow the continuation of Iran’s traditional approach of “detente” with Persian Gulf countries, as well as the proposal to form a “regional forum dialogue.”

Iran believes that its security is intertwined with that of the region, and that insecurity for one of them amounts to insecurity for others. Some Western views, perceive that the root cause of Iran’s growing regional power is the existence of instability in the region. Yet, one should note that regional instability will endanger Iran’s interests the most. Iran situated right at the centre of regional crises and has, so far, paid a heavy price to preserve its security, often at the expense of the country’s economic development and growth.

US wars in Afghanistan and Iraq, the Syrian crisis and fighting ISIS terrorists in Iraq inflicted heavy costs on Iran in terms of the influx of refugees and immigrants, drug trafficking, a spillover of terrorism into Iran, sectarian rifts brought about by the presence of failed states situation , etc. Nevertheless, in order to ward off a “larger security threat” of the country’s instability, Iran has regarded active presence in fields of crises in Iraq, Syria and Afghanistan as a constant of its foreign policy conduct for preserving its own and the region’s security and has acted accordingly.

In fact, Iran’s initiative of signing a “non-aggression pact” with Persian Gulf countries is a developed form of Iran’s previous policies of “detente” and forming a “regional dialogue forum” to geopolitically adjust itself with the new dynamic security environment. The Trump administration’s official policy is to aggrandize Iran’s threat and to sell more weapons to oil-reach and wealthy Persian Gulf states.

All in all, the “non-aggression pact” may seem too idealistic a proposal, but it serves as a key step towards withdrawing from growing arms races in the region and the formation of a new kind of “regional security culture” based on mutual trust. In light of such an agreement, each one of the countries in the region can play their own part in ensuring regional security and mobilize their national capabilities to reinforce regional security, which is a prerequisite for the expansion of economic activities and regional connectivity.

With such a pact, Iran can regularize its control and political influence over militia groups supporting the Islamic Republic in favor of regional security, which may be the major concern of the Persian Gulf Arab regimes. Experience shows reliance on foreign powers in order to preserve the security of countries in the region will not only be costly for them, but will add to the complexity of the “security dilemma” in the region.